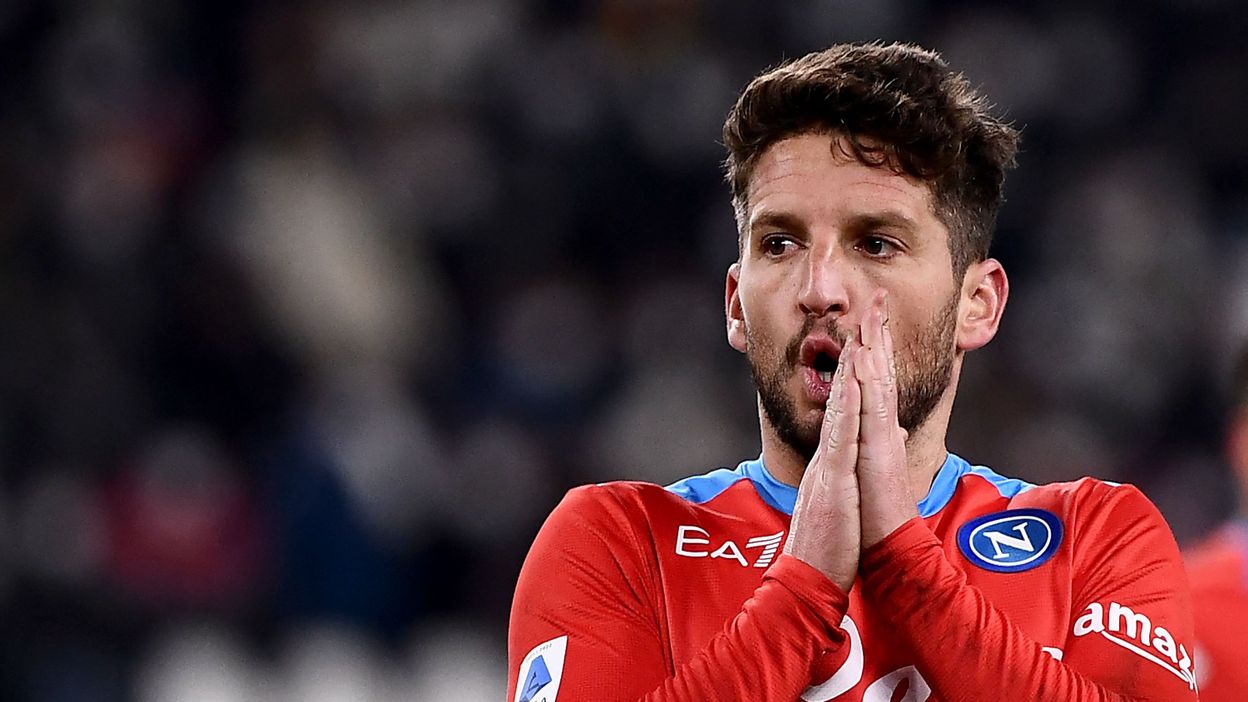 Despite a goal and an assist from Dries Mertens, Napoli were eliminated on Thursday by Fiorentina in the round of 16 of the Italian Cup. In a meeting marked by three red cards, the Neapolitans were surprised at home 2-5 after extra time.

Winners in 2020, Naples and Dries Mertens were hoping to reach the quarter-finals of this Coppa Italia. A goal that took the lead in the 41st minute when Dusan Vlahovic gave ‘La Viola’ the lead. The Partenopei returned in a hurry thanks to the inevitable Dries Mertens. The striker equalized with a superb shot in a time that left no chance for Bartlomie Dragowski (44th, 1-1).

The last Florentine rampart was sent off three minutes later for a foul as the last man on Elif Elmas, who spun alone on goal. The Neapolitans did not take advantage of their numerical superiority in the second act, conceding a goal from the works of Cristiano Biraghi just before the hour mark (58th, 1-2).

The case got even more complicated for Napoli with the expulsion of Hirving Lozano (84th), imitated a few minutes later by Fabian Ruiz (90 + 3) for a second yellow card.

While the game was in favor of Fiorentina, Andrea Petagna tied the two teams on a pass from Dries Mertens (90 + 5, 2-2).