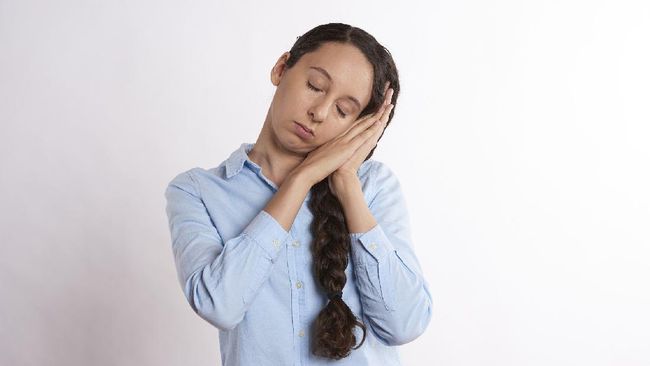 Jakarta, CNBC Indonesia – When fatigue hits, napping is a powerful way to restore energy. Napping itself is defined as a short nap, at least 5 minutes but not more than 2 hours, which is taken after lunch.

However, according to several studies, napping can also increase the risk of several health problems.

“Naps are common throughout the world and are generally considered a healthy habit,” said study author Dr. Zhe Pan from Guangzhou Medical University, China. “The general view in society is that naps can improve performance and counter the negative consequences of ‘sleep deprivation.’ Our study attempts to challenge this common view.”

The results of the analysis found that long naps (more than 60 minutes) were associated with a 34% higher risk of cardiovascular disease compared to those who did not nap.

Overall, naps of any duration were associated with a 19% increased risk of death. This risk was higher in women, who had a 22% greater chance of dying from naps than without naps.

However, a short nap (less than 60 minutes) is not at risk of triggering cardiovascular disease (heart).

“The results suggest that shorter naps (especially those of less than 30 to 45 minutes) may improve cardiovascular health in people who sleep less at night.”

The reasons why naps affect the body are still uncertain, but some research suggests that taking long naps is linked to higher levels of inflammation, which puts heart health and longevity at risk. Other studies have also linked naps to high blood pressure, diabetes, and poor overall physical health.

“If you want to take a nap, our research shows that it’s safest to do so in under an hour. For those of us who aren’t used to naps, there’s no convincing evidence to start the habit.”

Heart Disease Can Be Seen from Nails & Skin, Have You Ever Checked?