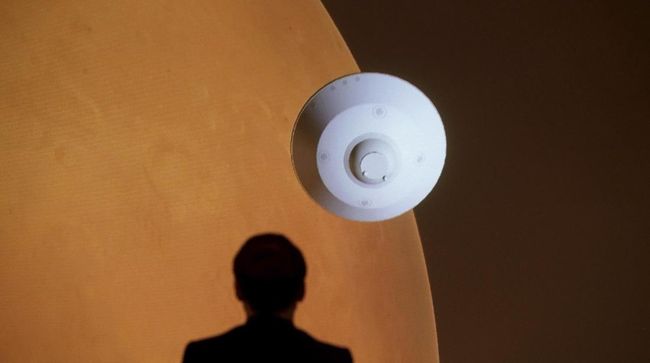 Jakarta, CNBC Indonesia – Images taken by the Perseverance vehicle may show the presence of water forming the landscape of Mars. According to a new study, these clues could guide the search for evidence of ancient life.

Perseverance landed in the Jezero crater in February. Scientists suspect the long-lost river has fan-shaped sediments visible from space.

A study showed high-resolution images of the vehicle on a cliff that was once the edge of the delta. The inner layer depicts the formation taking place.

From the photo, it was found that the bottom of the crater and the delta pattern resembled a river on Earth. The findings come from NASA astrobiologist Amy Williams and a team in Florida, USA.

The shape of the lower three layers indicates the presence and steady flow of water. This indicates Mars is ‘warm and humid enough to support a hydrological cycle’.

The study revealed that the ancient event occurred 3.7 billion years ago, quoted by The Guardian, Friday (10/8/2021).

Meanwhile, the upper and newest layers have a large mix with a diameter of more than one meter. Chances are it was carried away by a terrible flood.

“From the orbital images, we know the water that makes up the delta. But with this image it’s like reading a book, not just the cover,” Williams said.

He added that knowing there was a possibility that Mars could harbor life would be one of the greatest discoveries humans have ever made.

As announced last month by scientists, Perseverance has collected two rock samples at Jezero. Both show signs of having been in contact with groundwater for a long time.

The researchers hope the samples may harbor ancient microbial life, and the evidence could be trapped in salt minerals.