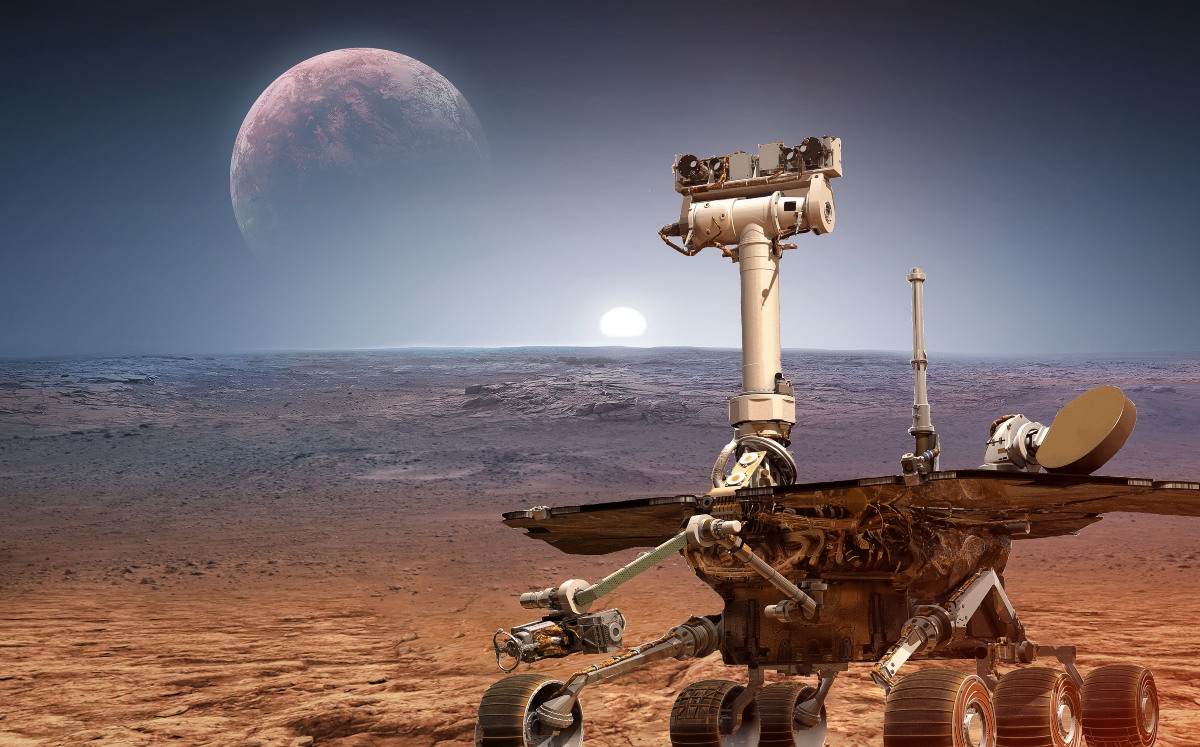 Stunned by the sprawling landscape, the team of the NASA’s Curiosity rover mission to Mars created an artistic rendition of the view of the robotic vehicle atop a Martian mountain.

The image was taken from its most recent position on the slope of Mount Sharp on Mars. The mission team “was so inspired by the beauty of the landscape” that they combined two versions of the black and white images from different times of the day and added colors to create a rare postcard of the Red Planet, according to NASA.

Curiosity captures a 360-degree view of your surroundings with its black and white navigation cameras every time you complete a journey. To make the resulting panorama easier to send to Earth, the rover keeps it in a low-quality compressed format. But when the rover team saw the view from Curiosity’s most recent stopping point, the scene was too pretty not to be captured in the best quality that navigational cameras are capable of, the space agency explains in a statement.

Greetings from high up on Mars’ Mount Sharp! My team combined two black-and-white images from different times of the day and added colors to make this artistic landscape. There’s beauty all around us if we let ourselves be inspired.

Many of the rover’s most impressive panoramas are from the color Mastcam instrument, which has a much higher resolution than navigation cameras. That’s why the team added their own colors to this last image. The blue, orange and green tints are not what the human eye would see; instead, they represent the scene seen at different times of the day.

What can we see in the photo taken by the Curiosity rover on Mars?

On November 16, 2021, engineers ordered Curiosity to take two sets of mosaics or composite images, capturing the scene at 8.30 a.m. and again at 4.10 p.m. local Mars time. The two hours of the day provided contrasting lighting conditions that brought out a variety of landscape details. The team then combined the two scenes into an artistic recreation that includes elements of the morning scene in blue, the evening scene in orange, and a combination of both in green.

In the center of the image is the view of Mount Sharp, the 5,000-meter mountain that Curiosity has been climbing since 2014. Rounded hills can be seen in the distance at the center-right; Curiosity got a closer look at them in July, when the rover began to see intriguing changes in the landscape. A field of sand waves known as the “Sands of Forvie” stretches 400 to 800 meters away.

Brr, it’s cold out here. It must be winter in my hemisphere!
My REMS, or Rover Environmental Monitoring Station, gives daily weather reports and takes dust surveys to measure seasonal changes over time. It’s just one of many instruments used to study the Martian weather. pic.twitter.com/tgDDMZ1xWj

At the far right of the panorama is the rugged “Rafael Navarro Mountain,” named after a Curiosity team scientist who passed away earlier this year. Looming behind him is the top of Mount Sharp, high above the area Curiosity is exploring. Mount Sharp lies within Gale Crater, a 154-kilometer-wide basin formed by an ancient impact; The distant rim of Gale Crater is 2,300 meters high and is visible on the horizon for about 30 to 40 kilometers.