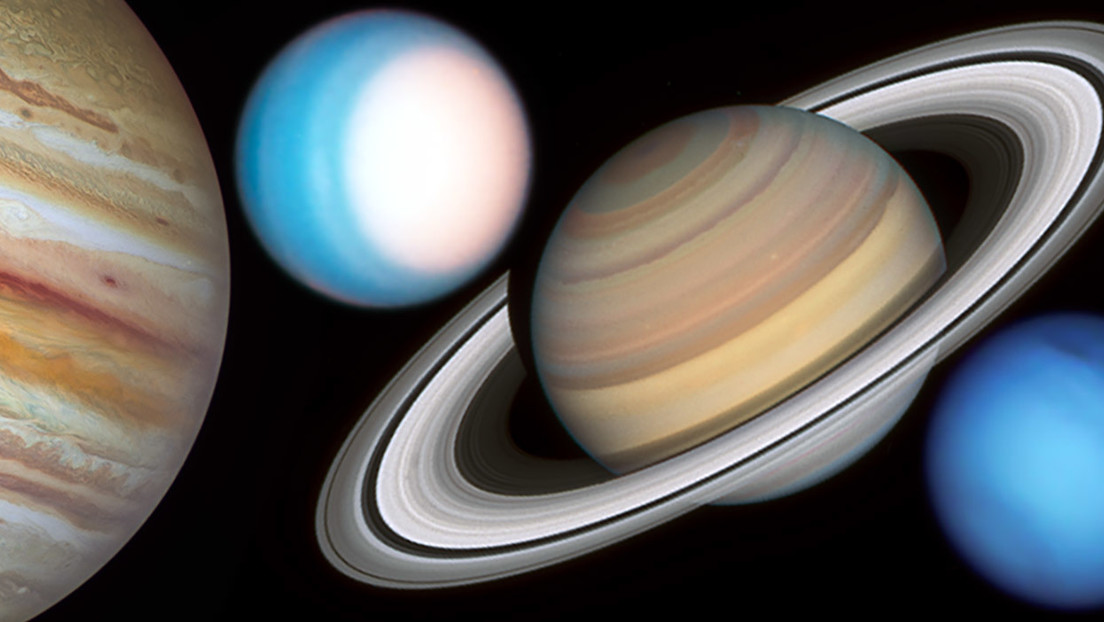 Hubble snapshots of the outer planets reveal the changes, both extreme and subtle, occurring rapidly on these distant worlds.

The Hubble Space Telescope, located beyond Earth’s atmosphere, has completed its grand tour of the outer solar system this year, returning sharp images of Jupiter, Saturn, Uranus and Neptune.

According to a report From NASA released this Thursday, the Hubble images are part of the annual planetary maps taken for the ‘Outer Planets Atmospheres Legacy’ or OPAL program, which provides global views of the outer planets for look for changes in its storms, winds and clouds, offering new insights into its wild climate.

Hubble snapshots of the outer planets reveal the changes, both extreme and subtle, occurring rapidly on these distant worlds.

Images of Jupiter taken by Hubble this year show a changing landscape in its atmosphere, where several new storms were detected; likewise, the equatorial zone of the planet, traditionally white, has remained a deep orange hue for much longer than in previous darkening episodes.

Just above the equator, researchers observe the emergence of several new storms, dubbed ‘barges’ in Voyager times. These elongated red cells can be defined as cyclonic vortices, which vary in appearance. While some of the storms are sharp and clear, others are diffuse and hazy. This difference in appearance is due to the properties of the vortex clouds.

Hubble’s new look at Saturn on September 12 reveals rapid and extreme color changes in the planet’s northern hemisphere, where it is now early fall. The bands have varied throughout the Hubble observations in both 2019 and 2020. In particular, Saturn’s iconic hexagonal storm was difficult to distinguish in 2020, but is again clearly evident in 2021. The images also capture a persistent bluish hue at the south pole, due to low winter temperatures.

Observations of Uranus made by Hubble on October 25 put the bright polar cap in the north of the planet in focus. It is spring in that hemisphere and the increase in ultraviolet radiation absorbed by the Sun seems to be causing the region to shine. Researchers are studying how the brightness of the polar cap is the result of changes in atmospheric methane gas concentration and characteristics of haze particles, as well as atmospheric flow patterns. Although the atmospheric layer becomes brighter, the southernmost limit remains fixed at the same latitude.

In observations made on September 7, the researchers discovered that Neptune’s dark spot, which was recently found to have reversed its course as it moved toward the equator, is still visible in this image, along with a darkened northern hemisphere. There is also a remarkable elongated dark circle surrounding Neptune’s south pole.

As with Uranus, Neptune’s blue color is the result of the absorption of red light by the methane-rich atmosphere, combined with the same Rayleigh scattering process, which makes Earth’s sky blue. The researchers noted that there are few bright clouds on Neptune, and their stark blue color with a singular large dark spot is very reminiscent of what Voyager 2 saw in 1989.

See also  Burnout for nearly a year, the mayor of Forest continues to receive his salary of 8,500 euros gross per month