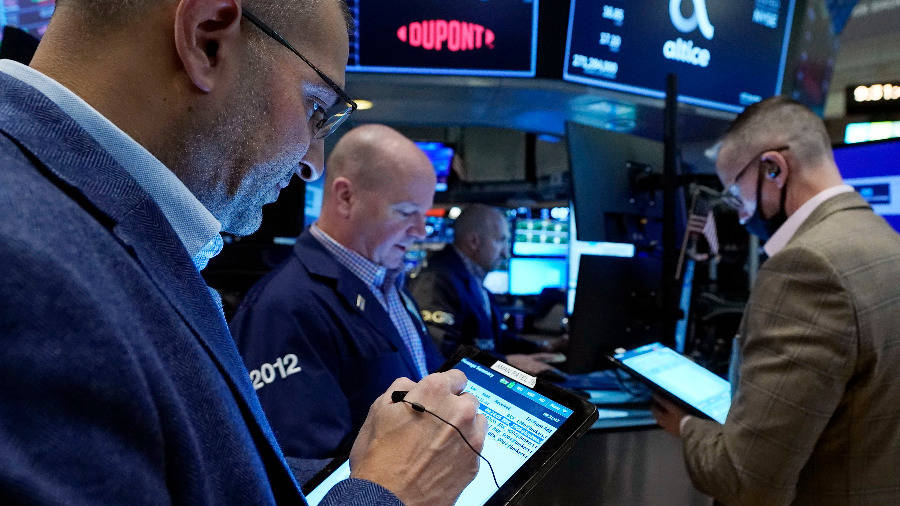 The Standard & Poor’s index managed to end the week 0.3% higher, and a slew of excellent earnings reports from major retailers and strong retail data in the United States helped the broader index fight rising inflation concerns and gave it support when “Covid” fears emerged. While the Nasdaq gained a weekly boost of 1.2% that gave it a new record, the Dow Jones fell 1.3% during the week.
The Nasdaq index closed above the level of 16 thousand points for the first time, on Friday, to record a record high at the close for the second consecutive session, while the Dow fell for the fourth session in five sessions.
The Standard & Poor’s index fell 0.14%, Friday, to 4,697.95 points, while the Nasdaq Composite rose in the weekend’s session 0.40% to 16,058.34 points.
During the session, “Dow Jones” fell 269.04 points, or 0.75 percent, to 35,601.91 points.

European shares ended Friday’s trading lower, to suffer the first weekly loss in seven weeks, affected by fears of economic damage to a new wave of closures to combat Covid-19 in the region.
The pan-European Stoxx 600 index fell 0.3 percent, after approaching record highs during the session. The index ended the week down 0.1 percent.
The index fell after reports that Austria would become the first country in Western Europe to re-impose a complete closure to combat a new wave of Covid-19 infections.
And the German Minister of Health said that the situation of Covid in the country is so difficult that it cannot be ruled out the imposition of a closure, even for those who have received vaccinations.
The Frankfurt index fell 0.4 percent, and the indices of southern European markets, including Spain and Italy, fell by 1.5 percent each.
And the French luxury goods group Hermes rose 5.2 percent, after it jumped more than six percent yesterday, amid market talk about the possibility of its inclusion on the Eurostoxx 50 index during a review in December.
(Reuters)

See also  How to store bananas fresh for a longer period of time?