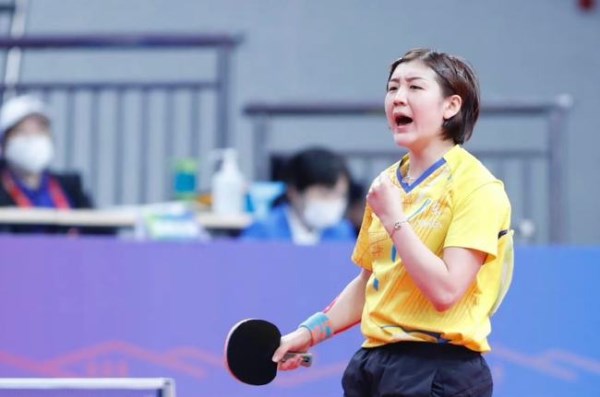 Chen Meng, who just won the Olympic women’s singles gold medal, served as the Shandong team. The first match was a duel between Chen Meng and Wang Yidi. Unexpectedly, Wang Yidi came from behind and won 12-10 in the first game. In the second round, the two played inextricably, and Chen Meng pulled it back 14-12. After regaining his form, Chen Meng played two consecutive games and helped the Shandong team win the first game 3-1.

The second game was played between Chen Xingtong and Wang Xiaotong. National player Chen Xingtong easily won 3-0 to help the Liaoning team equalize. The result of the third game has a great influence on the ownership of the champion. Liaoning’s Li Jiayi entered the state very quickly and got a 2-0 lead in two consecutive cities, while Gu Yuting pulled one back in the third game. The process of the fourth game was still stalemate. Originally, Gu Yuting took the lead in getting the game point, but was not sure. Li Jiayi used the serve to score and finally won 12 to 10 and scored a valuable 1 point for the Liaoning team. At this point, the Liaoning team has achieved a 2-1 lead.

The fourth game started between Chen Meng and Chen Xingtong, the pressure was on Chen Meng’s side, and Chen Xingtong was Chen Meng’s training partner in the national team. In the first game, after the two sides reached a 7 tie, Chen Xingtong scored 4 points in a row and won the game. The second round was very exciting. You came and went, and Chen Meng finally got back one round 11-9. In the third game, Chen Meng didn’t seem to be able to find his form, and he fell behind 1 to 5 at the start. Although he struggled to catch up since then, he still lost 8-11. In the crucial fourth game, after Chen Xingtong won 3 match points 10-7, he simply scored the last goal and ended the game 11-7.