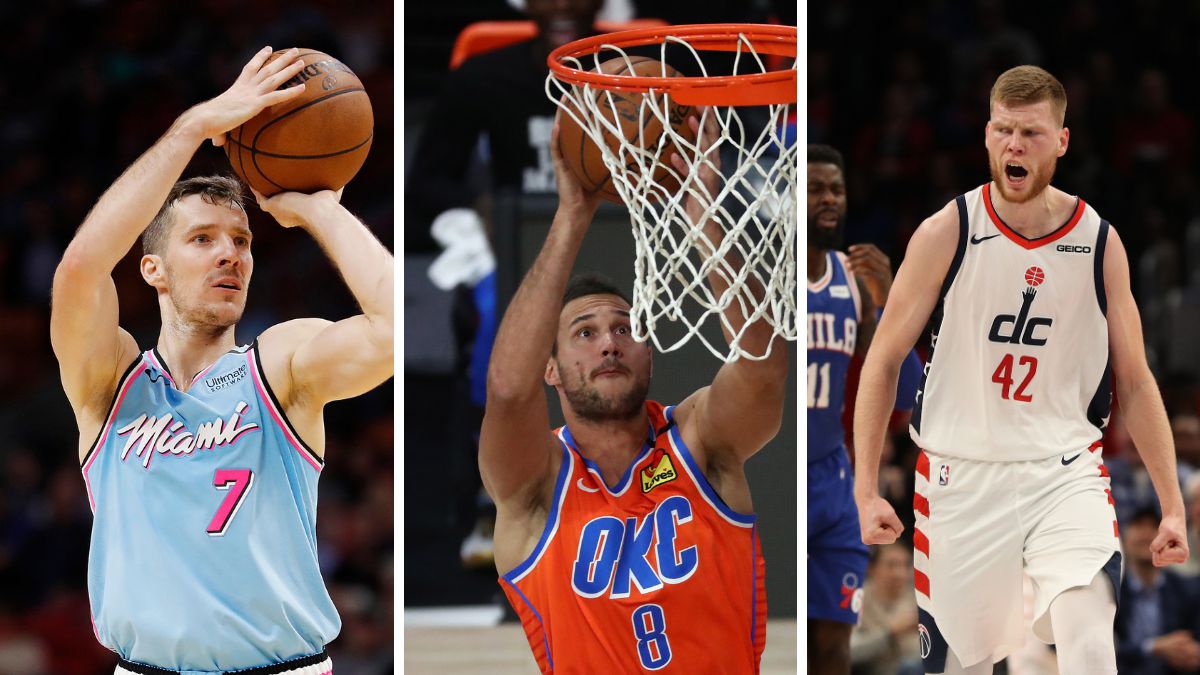 Glorious night for European basketball in the NBA when it comes to money. The four players from the Old Continent who signed new contracts, either with the same team or with a different one, have done it in a big way. Between Davis Bertans, Danilo Gallinari, Goran Dragic and Jacob Poeltl they have secured 205.9 million dollars. These are tremendous figures in a free agency that was expected to distribute less money than in recent years due to the economic losses that the league has suffered from the pandemic and that, however, has left much higher contracts than was predictable.

Davis Bertans, $ 80 million in five seasons with the Washington Wizards

The Wizards have retained the player who finished last season as the second-best on the team behind Bradley Beal. A long-term, well-paid contract that can be understood within the league’s trend for shooters, and Bertans has proven to be one of the best. The Latvian power forward has achieved record statistics of his career in the past season, such as 15.4 points and 4.5 rebounds per game or 42.4% accuracy in 3-pointers, shooting an average of 8.7. At 28 years old, in the best moment of his career and still with room for improvement, the Wizards have had it clear with him and have scratched their pockets in what has been the most substantial contract of the first night of free agency.

Danilo Gallinari, $ 61.5 million in three seasons with the Atlanta Hawks

Gallinari was one of the most important pieces of this free agency and the market has responded as such with the Italian, who finally changes Oklahoma for Atlanta. There the Hawks are going to give him 61.5 million over three years. A lot of money. But we are talking about a player who has more than demonstrated his quality and a franchise that has a hard time attracting the great free agents. So the bet on power forward makes sense. Especially joining him with Trae Young, the young star point guard who last year distributed 9.3 assistance per game. And it is that Gallinari was last year the fourth player who made more triples in catch-and-shot. By the way, his contract is the second highest in history for a player in his 30s who has not been an all-star.

Goran Dragic, $ 37.4 million in two seasons with the Miami Heat

The Slovenian guard has more than earned the renewal with Miami. He was one of the main reasons that the Heat reached the NBA Finals after playing a majestic playoffs. Despite the 34 years and the multiple injuries suffered in recent times, the Heat are betting on continuity (they have also renewed Meyes Leonard), but yes, leaving the door open for free agency in 2021. Dragic’s renewal (and Leonard’s) is for two years, but the second will only be effective if he wants the franchise. That is to say, that if Antetokounmpo, for example, is within reach, it is likely that the money from Dragic’s second year will go to the Greek’s pockets. But for that there will be time. For now, the Slovenian will remain at least one more season in the league finalist. And with a great salary.

And the other who stays where he was is the Austrian Jacob Poeltl, who signs with the San Antonio Spurs for three seasons and about $ 9 million each. Considering the moment in which the Spurs are, a little in no man’s land sportingly while they decide how to carry out a necessary reconstruction, if through the draft or transfers and free agency, the best they can do is keep the pieces of value that they already have in template. Poeltl is one of them. The pivot, well below the average fan’s radar, is a good inside player who has proven to be very useful in the minutes he has had on the court. Last season, at 17.7 on average, he had 5.6 points, 5.7 rebounds, 1.8 assists and 1.4 blocks.