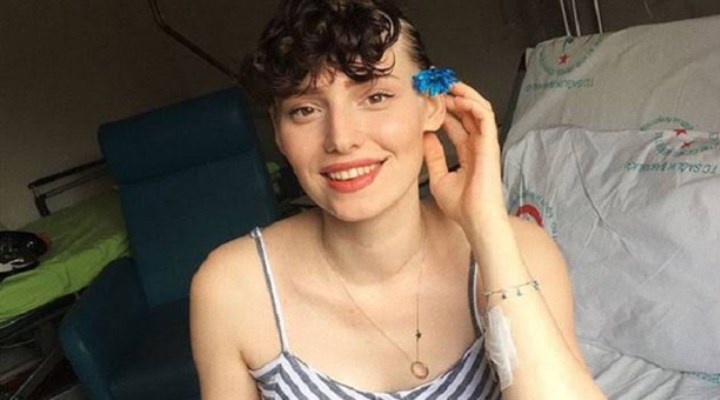 Neslican Tay, who lost her life due to cancer, was commemorated by her fans in the second year of her death.

Neslican Tay, 21, who is known for her fight against cancer that caused her left leg to be amputated in Rize, and who lost her life in the hospital where she was treated in Istanbul, was commemorated by her loved ones on her 2nd death anniversary. Emotional posts were made for Neslican on social media.

Neslican Tay, who lives with her family in Gülbahar Neighborhood, learned that she was infected with the disease, which she defeated 3 times, for the 4th time. Neslican, whose left leg was amputated due to a tumor, set an example for other patients with her fight against cancer. Tay, who shared his fight against cancer and treatment processes on social media, reached 1.5 million followers in a short time. While receiving cancer treatment, Neslican continued her education life by winning the Department of Psychology at Bahçeşehir University. Neslican, who spent the last 1 year traveling between Rize and Istanbul with both education and treatment, was treated in the intensive care unit of the hospital in Istanbul when her health condition deteriorated. Despite all the interventions of the doctors, Neslican Tay passed away on September 20, 2019.

On the 2nd anniversary of her death, Neslican Tay was commemorated by her fans with emotional sentences on social media. “You fought so well that you taught millions of people not to give up, you will always remain as the most beautiful and noble warrior in my heart. I will never forget what you taught, my Neslican, sleep in peace, your struggle was very good’, ‘It has been 2 years since you left us, my angel. I will never, ever forget you, my dear. You were always the best in everything, I’m glad you were there, I’m glad you have Neslican’ messages.

Neslican Tay, who lost a leg due to cancer and called herself an ‘iron woman’, gave hope to thousands of people with the words, “I don’t have a leg, but I have the joy of life. I am not just a leg, I am much more”.

As an independent newspaper, our aim is to contribute to the emergence of a real atmosphere of democracy and freedom in the country by delivering the truth to people. For this reason, we use the revenue we earn from subscriptions to implement better journalism and to enable our readers to meet with information on a more qualified and reliable basis. Because we don’t have a boss whose bank account we have to inflate; well it’s not.

From now on, we will continue on our way with the same sense of responsibility.

To join us on this journey and not be left unannounced for a day.

One day; strong with you, free with you!