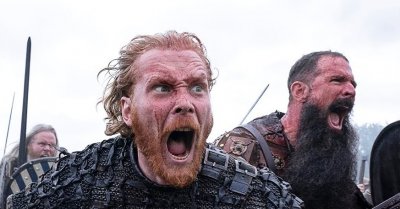 After 6 successful seasons on the channel History, Vikings bowed out at the end of 2020. The universe is not going to fall into limbo, however, because Netflix has decided to produce an indirect sequel, which will take place in the 11th century, well after the events known by Ragnar and his, Vikings: Valhalla.

More than 100 years after the adventures of the first series, the Vikings challenge the Kingdom of England, while 3 lords claim the throne following the death of King Edward the Confessor. We will follow a brand new cast, already seen in a trailer teaser last september, and even in honor of a short trailer broadcast this week.

Above all, it comes to deliver the release date of Vikings: Valhalla : the 8 episodes of the first season will be released on Netflix February 25, 2022. Alternatively, you can pre-order the Blu-ray of the sixth season of Vikings, to be published on March 16, for €34.99 at Amazon.fr.