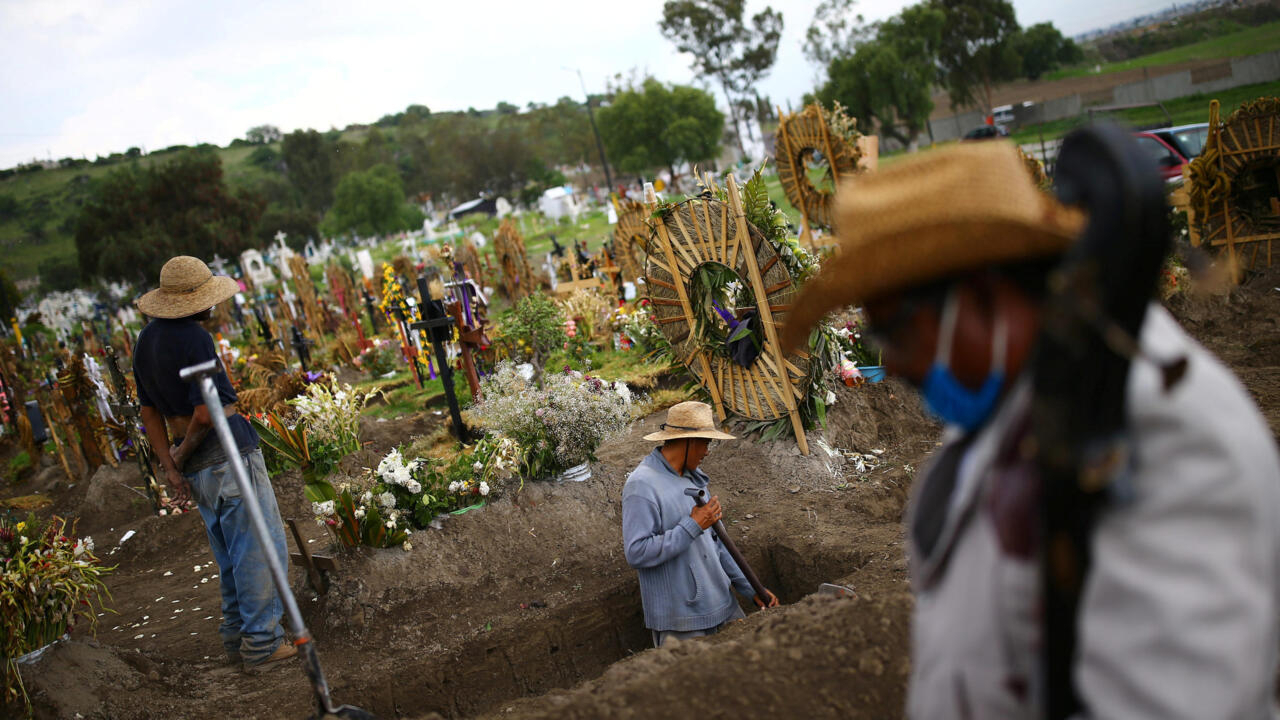 The Covid-19 pandemic has spread across all continents. It is spreading at high speed, particularly in Mexico and South Africa, which are recording contamination records. France 24 takes stock of the spread of the virus around the world.

Health measures in dispersed order and ever heavier human toll, at this stage of the coronavirus pandemic, no continent is spared. More than 17.6 million people have been infected to date worldwide and more than 680,000 have died, including nearly 200,000 in the Latin America-Caribbean region alone, according to a report established on Saturday by AFP. “Most people on the planet can be affected, even those who do not live in hard-hit areas,” warned Saturday 1is August WHO.

Mexico has identified Saturday for the second consecutive day a record of contaminations, with 9,556 new cases recorded in 24 hours, according to figures from the Federal Secretariat for Health.

Mexico, with a population of 128.8 million, is the third country in the world in terms of coronavirus-related deaths behind the United States and Brazil, since overtaking the United Kingdom on Thursday.

However, its death rate, which is 362.1 deaths per million population, is lower than the rates in several countries in Europe and Latin America.

South Africa, the country on the African continent most affected by the coronavirus, has passed the barrier of half a million people infected, while the WHO warns that the planet must prepare for a “very long” pandemic .

40,000 to 50,000 people could succumb to it by the end of the year in the country, according to official projections. More than a third of the cases have been recorded in Gauteng Province, where Johannesburg and Pretoria, the country’s economic and administrative capitals, are located.

In a separate press release, President Cyril Ramaphosa nevertheless welcomed the low case fatality rate of the virus in the country. “If South Africa is the fifth country in terms of number of cases, we only arrive at 36th position in number of deaths in proportion to the population,” he said. The death rate is low, around 1.6%, according to the Ministry of Health.

The official death toll has surpassed 8,150, but it is vastly underestimated, warned experts, who are based in particular on the fact that South Africa has recorded an increase of nearly 60% in the total number of deaths. natural deaths in recent weeks.

The Covid-19 pandemic, which initially progressed more slowly in Africa than in other regions of the world, is now accelerating on the poorest continent, where public health systems are failing, which constitutes a source of concern for the World Health Organization (WHO).

The specter of a “new spread” in Europe

In Europe, Norway has indicated that it fears a “new spread” of the virus following the detection of around 30 cases on a cruise ship.

In France, several new outbreaks were identified this week in the department of Mayenne in western France where the mask will be made compulsory from Monday in public places in 69 municipalities.

Belgium on Saturday banned “non-essential trips” to the Spanish regions of Navarre, Aragon, Barcelona and Lérida in Catalonia, the Lake Geneva region in Switzerland (Vaud, Valais, Geneva) and the French department of Mayenne.

The alarm cry of the Filipino healthcare workers

In the Philippines, associations representing tens of thousands of doctors wrote an open letter in the form of a “distress message to the nation” in the face of a health system portrayed as “overwhelmed”.

“We are losing the battle against Covid-19”, they alarm, stressing that an increasing number of caregivers are falling ill or quitting their jobs. Some overcrowded hospitals refuse to admit new patients, they warn.

According to the Ministry of Health, 34 health professionals have died from Covid-19 in the Philippines. The total number of deaths stood at 2,039 on Saturday.

Hong Kong opened a 500-bed field hospital on Saturday to take care of Covid-19 patients, as the city faces a new wave of contaminations. The Asian financial center, once a model for managing the epidemic, saw the virus return in July.

Vietnam, which seemed to have succeeded in curbing the coronavirus, recorded its first death from this disease on Friday, a blow to the country which has been putting forward for months its policy in controlling the epidemic.

With AFP and Reuters