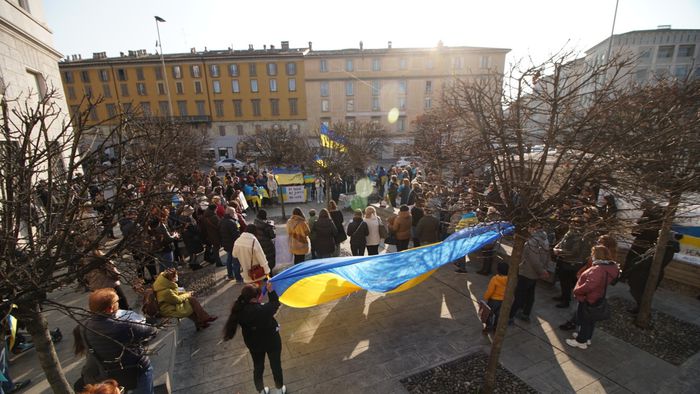 Many yellow and blue flags, white doves drawn by children, banners asking for peace for the Ukrainian people who are suffering under the bombing.

On the faces of those present, pain, worry, suffering and anger. Ivan Bloshka and Inna Koshul are among the referents of the Ukrainian association which is collecting material to send to the population suffering from the war. “Great is the solidarity we are receiving,” says Inna; “My sister – says Ivan – with her family is in Kharkiv, in the west of the country: they fled the city, because it is safer outside, but my nephews are fighting: one is military, the other is voluntary”.