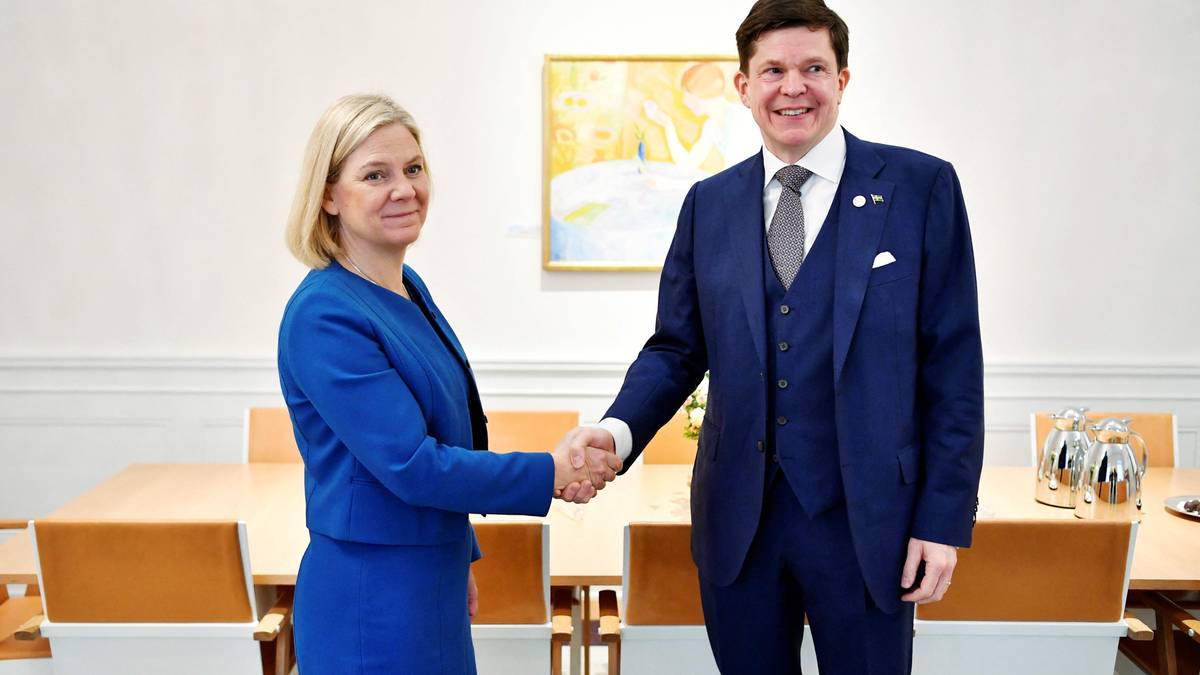 Speaker Andreas Norlén in the Swedish Riksdag, which corresponds to the Norwegian President of the Storting, was very sharp when he this afternoon tried to stake out the way forward, so that Sweden can get out of the political chaos that now characterizes the country.

– I deeply regret the course of events that we saw yesterday, Norlén said at a press conference in the Riksdag on Thursday afternoon.

This with reference to what happened when Magdalena Anderson from the Social Democrats was first approved as prime minister, only to resign a few hours later.

The reason was that the other governing party, the Green Party, chose to withdraw, after the government’s state budget was voted down in the Riksdag.

Norlén thought the Green Party should have given notice in good time that they would withdraw if the budget was not adopted. If they had done so, Norlén would never have nominated Andersson before the vote on the budget.

Speaker Norlén spoke during Thursday with the leaders of all parliamentary groups. According to him, it then became clear that nothing has changed after the Prime Minister’s vote on Wednesday.

Thus, it is still likely that Magdalena Andersson can be approved in the Riksdag, because there is no majority to vote against her.

As it looks now, Sweden can thus on Monday get a prime minister Magdalena Andersson who leads a minority government, in a Riksdag with a clear bourgeois majority.

Who should the Social Democrats work with?

The Social Democrats have entered into an agreement with the Left Party, which corresponds to the Norwegian SV, to improve the finances of the most disadvantaged pensioners in Sweden.

The agreement also allows the Social Democrats to talk to the Left Party after next year’s election.

The Liberals withdrew from this collaboration earlier this year, and now the Center Party also says that they are not bound by previous agreements.