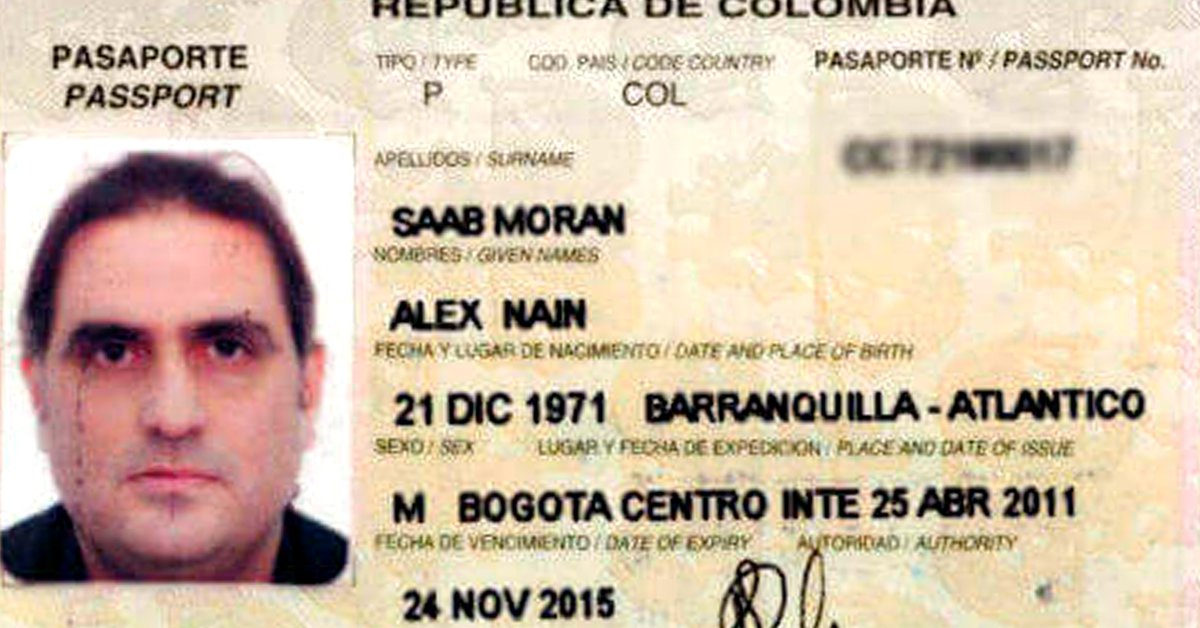 In less than 72 hours, Cape Verdean authorities twice deported a lawyer for Colombian businessman Álex Saab, accused by Washington of organizing a corruption network for the benefit of Nicolás Maduro.

The authorities assure that the member of the team led by Blatasar Garzón He did not have all the documentation required to enter the country.

“Despite demonstrating the legitimate reasons and the objective need to enter Cape Verde, and fully complying in terms of the COVID-19 test, the invitation letters, the purpose of the trip and being willing to pay airport taxes in the own airport as has been allowed normally and as recognized by the airline itself, my access has been prevented for a random reason ”, complained from the law firm, ILOCAD, in a statement.

Days ago, the Colombian-Venezuelan businessman arrested at the request of the United States, He appealed to the Supreme Court of the African country to try to stop his extradition, claiming that there are political reasons behind his arrest.

The Barlovento Court of Appeal accepted Saab’s extradition to the United States on July 31, but the businessman’s defense team now appealed to the Supreme Court for a ruling, which will paralyze any measure for now.

The highest court has 80 days to rule and could do so both on the procedure followed in the lower instance and on the extradition itself. If she endorses the transfer, her lawyers have already advanced that they will exhaust all national and international mechanisms to try to stop it.

Garzón stressed in a statement that the case has a “political nature.” “We urge the Cape Verdean authorities to fully recognize this reality,” he declared, considering that “the life and liberty of a person accused of wrongdoing based on evidence from discredited witnesses is at stake.”

Saab, detained in June, also requested the intermediation of the Cape Verdean government and this week sent a letter to the Prime Minister of the African archipelago, Ulisses Correia, in which he asks him to respect his supposed diplomatic immunity and allow him to return to Venezuela, insisting that he is the victim of a “politically motivated” process.

The Supreme Court of Justice of Venezuela, exiled in Washington, sent a letter to the government of Cape Verde to “alert the intentions of Mr. Alex Saab to avoid being tried for the serious crimes that are imputed to him.”

And he adds: “In the content of the letter, Alex Saab continues to lie when he alleges that the nationality was granted by Nicolás Maduro as a ‘reward for his services’, and that his job in Venezuela has been’ to negotiate with foreign governments and private companies creation of new channels to obtain and deliver much needed food, basic medicines and spare parts necessary for the oil industry. ‘

See also  Bortniczuk: The Istanbul Convention is for the wild. Polk will protect the Polish man | Policy

“The truth is that Mr. Alex Saab does not hold a diplomatic post according to the laws of Venezuela and the International Conventions on consular matters; This is a Colombian citizen who has contracts with Nicolás Maduro Moros and his family, and due to probable cause, he has been accused before the Courts of New York and South Florida of the United States of North America, for money laundering and corrupt practices, estimating the embezzlement of more than USD 350 million, to evade sanctions imposed on the Maduro regime, even considered as the executor of a criminal network that uses financial vehicles of gold and oil trades that belong to Venezuelans ” the judges argued.

With information from Europa Press and EFE

From keychain seller to Maduro frontman: the story of Alex Saab, the businessman arrested in Cape Verde who knows the darkest secrets of Chavismo

Corn for oil: the suspicious exchange between a Mexican company and Alex Saab, Maduro’s front man

How is the luxurious mansion of more than seven million dollars that the Colombian prosecutor’s office seized from Alex Saab, the front man of Nicolás Maduro

Five keys to understanding the role of Alex Saab, Nicolás Maduro’s front man, in the corruption network of Chavismo