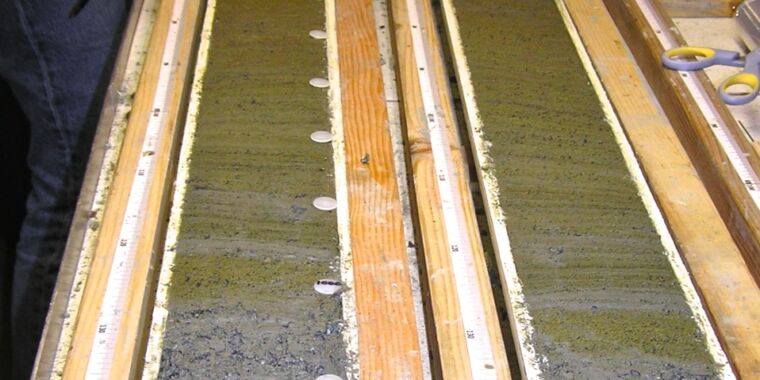 In a recent paper Posted in Science, Professor Nellie Meckler of the University of Bergen and her colleagues suggest that the climate between about 35 and 60 million years ago may have been much warmer than we thought. Their findings indicate the presence of certain levels of carbon dioxide2 This could result in more warming than previous studies have shown, and it suggests that the oceans circulated differently during those warm, ice-free climates.

Their conclusion came from new measurements of carbon and oxygen isotopes found in the shells of tiny creatures called benthic foraminifera, or “holes,” that were living on the ocean floor at the time. Previous work with similar samples has estimated temperatures using Isotopes of oxygen—a technique that can be confused with changes in the amount of water trapped in polar ice and, to a lesser extent, with differences in ocean salinity. The new study uses technology that records temperatures more reliably and produces warmer numbers.

The newest and clearest thermometer

Benthic oxygen isotopes are a mainstay of ancient global climate studies, with recent detailed records stretching far back 60 million years. Deep sea temperatures reflect sea surface temperatures on timescales longer than about 1,000 years because “conveyor belt“Ocean circulation is reversed on this time scale. Isotopes of oxygen In water it reflects sea surface temperatures, and thus global climate, because water containing the heavier isotope oxygen-18 is slightly more difficult to evaporate than water containing oxygen-16; When the ocean is warmer and there is more evaporation, oxygen-18 accumulates in the ocean.

This isotope buildup is calibrated according to temperature, but this calibration requires knowledge of the ocean’s salinity and how much water is trapped in the ice sheet. “Globalism” [oxygen isotope] The curve… always has an almost hidden uncertainty because of the dual effects of temperature and ice volume that we can now solve using agglomerated isotopes, said Sierra Petersen of the University of Michigan, who was not involved in Meckler’s research.

The aggregate isotope method eliminates the need to make assumptions about the amount of water sequestered in the ice because it simultaneously measures the level of carbon-13 present in the same sample of calcium carbonate in the pit crust. Thermodynamics favors the “clumping” of the heavy isotopes of calcium carbonate in cold water, but as the temperature of the water rises, the entropy takes on more and more, and the heavier isotopes become dispersed in the shell material. . degrees Isotope blob calibrated for temperature In the laboratory for a variety of materials, it is possible to measure the isotope of aggregates to obtain deep temperature measurements.

The new method shows that between 57 and 52 million years ago, the North Atlantic Gorge was about 20 °C. This is a significant difference from the oxygen isotope data, which results in temperatures between 12 and 14 degrees Celsius. “It’s a lot warmer,” Meckler said. For comparison, today’s equivalent is around 1-2°C.