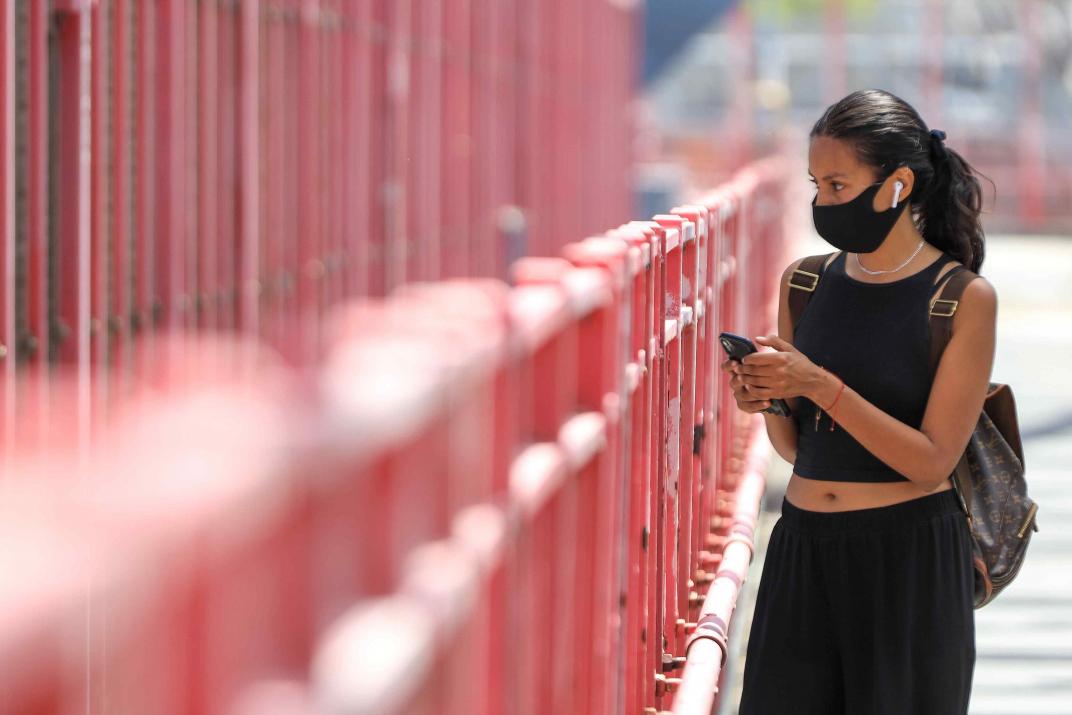 Reyna Martínez was silent when the coronavirus took her mother. She locked herself in the bathroom and cried there without her father seeing her.

Soon after, the virus killed her father, and she again hid her pain because she thought that her nine-year-old daughter would suffer a lot knowing that she had lost her two grandparents, who lived with them and helped raise her.

“I would like to wake up and know that what happened was a nightmare, a dream, that they are going to return,” Martinez said, adding: “But no longer, I will never see them again.”

Epifania Marcos and Pedro Martínez had a farm where they grew fruits and vegetables in the coastal city of Veracruz, in Mexico. When Marcos was found to have cancer, they sold everything to pay for hospital expenses. Pedro Martínez moved the family to Mexico City, where he had two jobs, but the accounts kept piling up. In 2001, he emigrated to the United States, where he worked as a construction worker. Marcos joined him some time later. She collected bottles she sold at a recycling center and helped care for her granddaughter Stephany.

NY. The pandemic does not give truce in the United States (AP).

When Stephany celebrated her first communion last year, her grandmother surprised her with a party and a limo ride, which the girl dreamed of.

“They did whatever it took for her,” Martinez said. “Even though they didn’t have a lot of money, they bought him a gift.”

Stephany recently cried inconsolably in her room, decorated with school drawings hanging on the wall. She misses her grandfather, who took her to karate lessons, helped her with her homework, and taught her how to ride a bicycle. She also longs for her grandmother, who taught her the Ave Maria, and the dishes she cooked, especially her chicken with beans.

Now that the grandparents are gone, Martínez and his daughter have no family in the United States. At home they improvised an altar on the kitchen floor, where they placed a crucifix on the floor surrounded by rose petals on a white tablecloth. They light candles and incenses during the novenas – nine days of prayers in tribute to loved ones – that they share with loved ones from Mexico via Facebook Live.

The experience of Martínez and his daughter reflects the hardships that the Hispanic community in New York is going through. The pandemic hits this community and the churches they frequent hard, particularly in the Jackson Heights, Elmhurst and Corona neighborhoods of the Queens borough.

Pedro Martínez and his wife professed their faith in the Catholic Church of Our Lady of Sorrows in Corona. They were going to mass with Stephany, who was an altar girl.

The pastor and almost 100 parishioners from the parish and the school of Our Lady of Sorrows contracted the virus. Cristina Cruz, the school’s principal, said that at least nine people died. Most of the parishioners are Hispanic without a residence permit in the United States. Many do not have access to medical services and share houses with many people, making them more vulnerable.

NY. The pandemic does not give truce in the United States (AP).

Marcos, 58, had diabetes and was hospitalized in New York-Presbyterian Queens because his oxygen levels were low. On March 24, Martínez received a call from the hospital saying that his mother had been detected with Covid-19 but that he could soon return to his home.

Martinez, 37, arranged his room to receive her. But on March 30, he received another call saying that the mother had passed away.

He didn’t have the strength to tell his father. A few days later, Pedro Martínez felt bad and was also admitted.

“He texted me and said they were going to put him on a fan,” said the daughter. Let him take care of Stephany.

He entered a coma and passed away on April 20, unaware that his wife had also died before him. For several days, Martínez did not give his daughter the bad news.

“I was silent, but then I felt bad,” Martinez said. “I had to tell him why it was both of them. Now we can both cry. ”

Martínez said that her parents loved to dance, especially corridos, and that her mother was honored by a young group of mariachis who sang through social media. He indicated that when the restrictions due to the pandemic are relaxed, he hopes to send the ashes of his parents to Mexico, to the field they loved so much.

Martinez and her daughter receive help from the Catholic Academy of Our Lady of Sorrows, the school where Stephany is in third grade.

“Parents call us, they confess and they say, ‘This is very hard. My parents, my grandparents just died, ” said Jeanette Félix, the school’s administrative assistant.