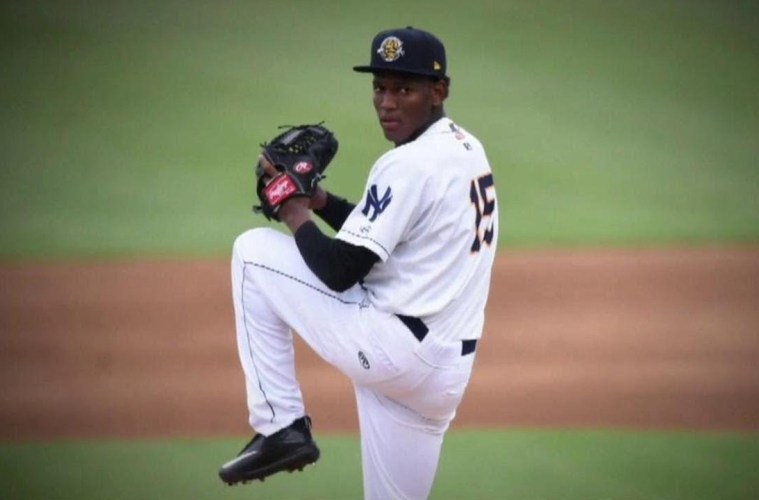 The New York Yankees protected a Dominican prospect and two other Venezuelans, adding them to their major league roster.

This Friday, November 20, 2020, was the last day for teams to add their longest-serving players in the Minor Leagues, or else any MLB team had the right to claim them.

That’s why the Yankees didn’t think twice to protect Roansy Contreras, a 21-year-old Dominican pitcher who just had a 0-2 record with a 4.42 ERA in 63 innings pitched and 68 strikeouts.

While the second addition was the Venezuelan Yoendry GOmez also 21 years old who comes from having a 0-3 record with a 6.68 ERA in 56 innings pitched and 63 strikeouts.

And the penultimate is the Venezuelan shortstop Oswaldo Peraza was also protected, coming off batting for 273 with 4 homers and 20 RBIs in class A.

And last but not least, 23-year-old Dominican pitcher Alexander Vizcaino, who is coming off a 1-1 record with a 4.28 ERA in 27 innings of work in the MLB Minor Leagues.