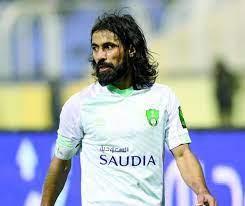 Former Al-Ahly player Hussein Abdel-Ghani announced that he will be among the first to attend his team’s match against Al-Raed.

Abdel-Ghani said, via a video clip: “We are all present, that is, people who do not attend a match of this importance and sit in his home. He does not come back to the stadium for good, and with God’s permission, we will win.”

Al-Ahly is preparing to face its Al-Raed counterpart, next Thursday, in the 29th round of the league championship.

Al-Ahly enters the match in 11th place in the league table with 31 points, one point ahead of Al-Raed, who is 14th.

See also  Salernonotizie.it | Information portal of Salerno and its Province