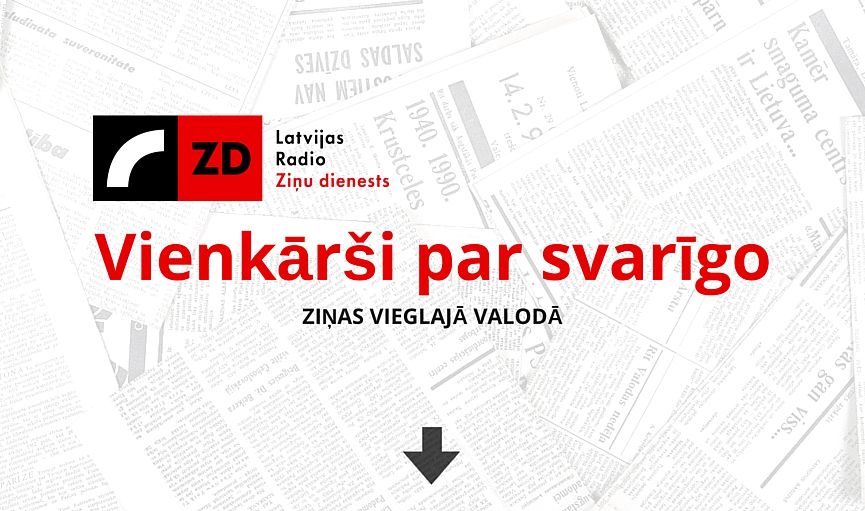 News in plain language on September 17

Educators will have more pay and less workload

Educators will have more pay and less workload.

The Government supported such an offer of the Ministry of Education at today’s emergency meeting.

There was an agreement on this with the industry union.

The changes will cost the country almost 60 million euros next year.

The teachers were ready to strike from next week.

Since a compromise was reached, the strike has been canceled and school will continue as usual for students on Monday.

The international community condemns the atrocities of the Russian army in the city of Izjuma.

The President of Ukraine once again calls on the world to recognize Russia as a supporter of terrorism.

US President warns Russia not to use chemical or nuclear weapons in Ukraine.

The Russian army has suffered heavy losses in Ukraine in recent weeks.

Therefore, there are fears that it may act more radically.

Environmentalists today blocked the unloading of Russian gas at a terminal in northern Finland.

In connection with the war started by Moscow in Ukraine, they demand an end to Russian gas imports.

Last week there were similar activities in Sweden.

Currently, there are no sanctions on gas imports, but there is a ban on importing Russian oil and coal.

The capital of Kazakhstan has been renamed Astana

The capital of Kazakhstan has been renamed Astana.

See also  He watched Musk, now exchanged him for the jets of the Russian oligarchs

Such amendments to the law were signed by the President of Kazakhstan today.

They also provide for limiting the powers of the president to one seven-year term.

Until now, the president of Kazakhstan could serve two five-year terms.

On the other hand, the capital was called Nursultan for three years.

“Phantom of the Opera” musical to stop on Broadway

After 35 years, British composer Andrew Lloyd Webber’s musical “The Phantom of the Opera” will end on Broadway next year.

It is the longest running show in New York.

Now the last “Phantom of the Opera” performance at the Broadway theater is scheduled for February 18.

It invited people to plant or sow their future big tree.

There were also seaside cleaning cleanups, for example in Vecākis and Engures parishes, as well as in Bišumuiža.

In the doubles match, there was a change in the line-up and Roberts Strombachs and Kārlis Ozoliņš played.

After Friday’s singles, the result was 2-0 in favor of the Latvian national team, and only one success in three games was needed to win the duel.

Jānis Blums played the last basketball game in his career

Many well-known basketball players took to the court.

Since then, he has been working in “VEF Rīga” organization as the chairman of the council.

The captain of the Latvian national team has participated in six European championships as part of the national team.

It will rain in many places on Sunday

Sunday will be cloudy, it will clear in places.

At night, it rains in many places, in places in Vidzeme it is heavy.

During the day, temporary rain is expected in the western and central parts of the country.

Fog, haze will form in some areas.

Air temperature at night 6…10, on the coast a few degrees warmer.

In Riga – variable amount of clouds, no precipitation.