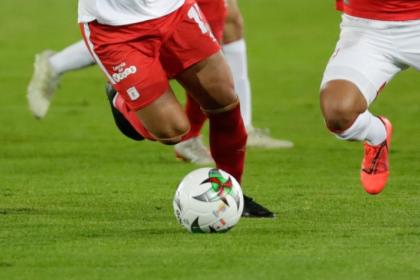 This Friday there was another assembly in Dimayor, but it seems that problems continue for the return of football by this entity. The Government, for its part, gave free rein with dates and venues.

The headquarters and cities were the main problem of the return. Dimayor wanted, from the beginning, to have football in every city in the country. The Government had opposed it, but in the end it will.

#FPC He @MinDeporteCol, Ernesto Lucena, indicated that they are working on Resolution 993 to give Colombian soccer free rein and pointed out that the ball will roll in our country no later than September 19. pic.twitter.com/1CnSloG0ra

The Minister of Sport, Ernesto Lucena, spoke on President Iván Duque’s daily program, ‘Acción y Prevention’, and said that football will return no later than the third week of September and that it will be played in each city of the country, depending on each Mayor, since several regions have already given the go-ahead.

“The first three phases were fulfilled. Now we modify resolution 933 because we have tried to make it more flexible. We hope that the tournament will start no later than the third week of September, without the concentration phase. The good news today is that the third week at the latest In the week of September we will have football in Colombia. The Dimayor proposes that it be done in each city, as long as the Mayors give the go-ahead, “said the Minister.

The tentative date is September 19, although so far it is not official. Lucena also spoke about the issue regarding the fact that some teams will start international tournaments (which return on the 15th of this month).