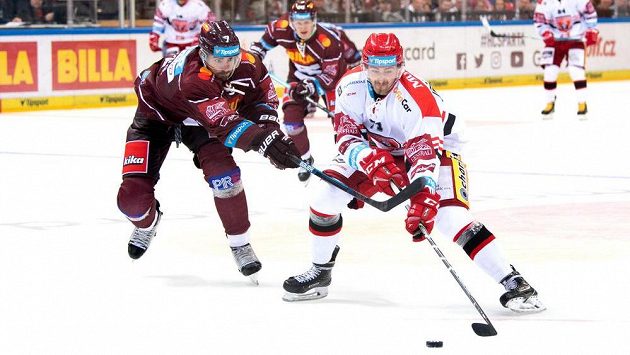 Hockey striker Matěj Chalupa prematurely ends up in an engagement in Chicago, where he failed to make his way into the NHL, and returns to Europe. The 23-year-old signed a two-year deal with the Blackhawks last year, which should now be terminated prematurely. So far, the club has placed the puppies of Prague’s Letňany on the list of free players, and if no one chooses it from it, it will officially end up in the organization.

Matěj Chalupa (right) in an archive picture from his work in Hradec Králové.

“We have agreed that the contract will be terminated,” the player’s representative Aleš Volek from Alvo Sports told ČTK. Where Chalupa will continue his career will be discussed in the coming days.

The former player of the extra-league Hradec Králové worked on the Chicago farm in Rockford last short season and in seven matches he collected seven points for four goals and three assists. He was supposed to work in the lower AHL this season as well, he didn’t get a chance in preparation for the new year of the NHL in the Blackhawks jersey.