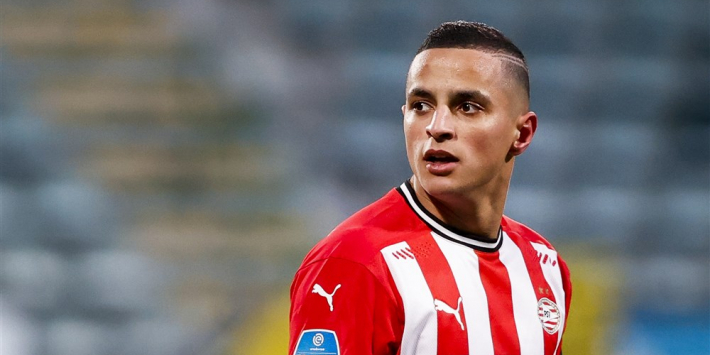 29 july 2021 – As usual, Mohamed Ihattaren is again the topic of conversation in the Dutch football world. The young winger does not seem to want to go through another season as a substitute at PSV and is therefore looking for a transfer. He called in sick at his current employer and traveled to France to discuss his future with his agent Mino Raiola.

Various media reported that OGC Nice would be interested in the arrival of Ihattaren. Rik Elfrink from the Eindhovens Dagblad knows that the French club is not concrete for Ihattaren and therefore has not submitted an offer to the PSV club board. Ihattaren has now returned to the Netherlands and will have to wait and see if clubs will join in the near future.

Nice has a wealthy owner and has the ambition to storm the French top. It seems to have focused on a Dutch-oriented strategy, because Calvin Stengs, Justin Kluivert and Pablo Rosario were already recruited earlier. Kasper Dolberg, who also has a past in the Netherlands, is also under contract in the French city.

Also read: Midtjylland next hurdle for PSV after victory over Celtic

Ihattaren missed his current club’s meeting with Galatasaray. The team from Eindhoven crushed the Turkish superpower over two matches with 2-7. Ihattaren was still present in the first game, but then trainer Roger Schmidt let him sit on the bench for ninety minutes, after which the measure was full. PSV will play against the Danish Midtjylland in the next qualifying round of the Champions League.