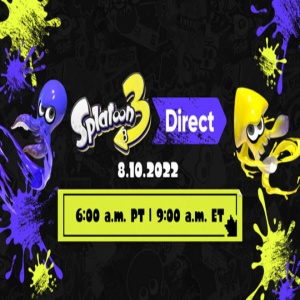 This Nintendo Direct is the so-called Splatoon 3 Direct, which will mainly contain information about Splatoon 3, the latest Nintendo franchise game to be released soon.

This schedule, which was released through Twitter, is 6 am PT time on August 10th, and 9 am ET time.

According to the official Twitter content, the streaming duration is about 30 minutes, and it seems that fans will receive new information about Splatoon 3 for 30 minutes.

On the other hand, Splatoon 3 was officially announced in February of last year, and the game appearance was more actively revealed with the announcement of the release date a while ago.

In particular, it is considered one of the most popular games in Korea because it is the latest Splatoon game and the official Korean version will be applied.