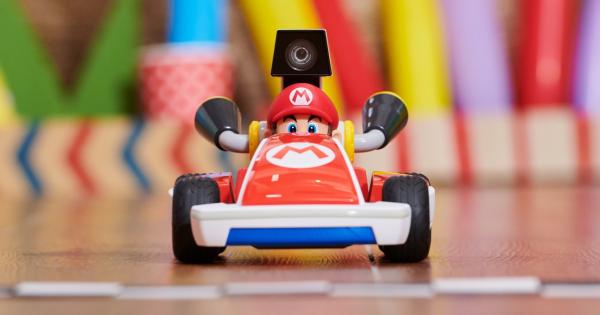 Last week we informed you that Nintendo lost the leadership in the top of the sales of physical games in Japan, since its most powerful representative, Animal Crossing: New Horizons, was surpassed by FIFA 21 by a small margin. Well, it only took 1 week for Nintendo to regain the top spot with the help of its latest exclusive game.

We refer to Mario Kart Live: Home Circuit, the new installment of the franchise that debuted on October 16 and that presents an interesting proposal, as it brings the series’ races to the real world with the help of toys and augmented reality.

Famitsu (via Gematsu) shared the Japanese sales list for last week, which ran from October 12 to 18 and, as we told you, the star of this period was Mario Kart Live: Home Circuit, which in 3 days managed to sell 73,918 copies, which were enough to even more than double those of Animal Crossing: New Horizons, which came in second.

In case you missed it: Ring Fit Adventure already exceeded sales in physical format of The Legend of Zelda: Breath of the Wild in Japan.

Something important that should be mentioned is that, as it is an interactive game with toys, Mario Kart Live: Home Circuit It is not available from the Nintendo eShop, but is only sold as a bundle with a Mario or Luigi car.

As expected, sales of FIFA 21 they dropped considerably, with only the PlayStation 4 version achieving a spot in the top 10. Another release that also debuted in an important place on the chart is Moon Premium Edition, which reached position 6 with just over 10,000 units sold.

In the field of consoles, there were no major changes in positions, but it is striking that for the first time in several weeks Xbox One S and Xbox One X were not the consoles that sold the least, but were positioned above the New Nintendo 3DS LL , which last week managed to sell only 20 units, one less than Xbox One S.

As for the Nintendo Switch, as usual, it remains unstoppable and last week it was only less than 5,000 units from selling 100,000 consoles.

We leave you with the table below.

Did you expect Nintendo to recover so quickly? Have you already played Mario Kart Live: Home Circuit?, what do you think about it? Tell us in the comments.

Mario Kart Live: Home Circuit It is on sale now and you can play it exclusively on Nintendo Swich. If you want to find more news related to him, we invite you to visit his file.

Stay informed with us at LEVEL UP.