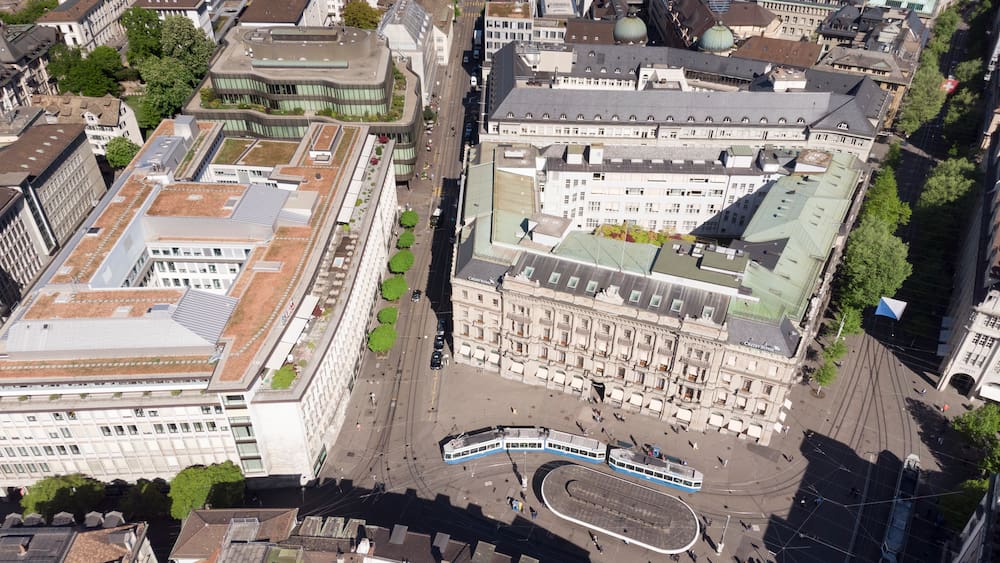 But what matters more: Whether investment banking or asset management – ​​the same risk culture prevails. It drives the CS bankers with exorbitant bonuses to ever more daring deals in the darkest corners of the financial world: tax fraud, corruption, money laundering, espionage – the bank never misses a scandal.

However, risk culture is not an issue in the guidelines for the new Körner strategy. It is “solid” and will continue to be “optimized,” writes Credit Suisse. There could not be a better time for the bank to confront this fundamental problem. Because Thomas Gottstein is the last influential representative of the Rohner era.

Lawyer Urs Rohner (62) became President of Credit Suisse in 2011. When the bank was fined billions in the US in 2014 for aiding and abetting tax evasion, Rohner said: “Personally, we have a clean slate.” This culture of irresponsibility settled in the CS boardroom, and the scandals multiplied. So far, the bank has paid fines of eleven billion francs. Now she is setting aside another billion for it.

Urs Rohner took his hat off in 2021 – he never took responsibility. Instead, he received 42 million francs for his debacle decade. “What the managers of Credit Suisse have done in recent years is cheeky,” says FDP National Councilor and entrepreneur Matthias Jauslin (60). “No company boss in industry or trade would pay such sums. This sick bonus culture is also an affront to the many bank employees who do a good job every day for a normal wage. »

See also  Switzerland will live on energy credit since April 12

However, Jauslin thinks it is wrong to intervene politically in the bonus structure: “It is the task of the shareholders to put an end to the hustle and bustle.” However, the major CS shareholders include names such as Harris Associates and Blackrock. Being part of high finance themselves, they hardly question the remuneration system.

Since the beginning of 2022, Credit Suisse has parted ways with eight members of the Executive Board. In April, Roche boss and Rohner companion Severin Schwan (54) left the board of directors. They all leave with a clean slate – including Gottstein, who even boasts that he has strengthened risk management.

The Root of Evil

“Thomas Gottstein has not improved risk management,” says compliance expert Monika Roth (71). “On the contrary, he glossed over everything.” Roth doubts that everything will be better with new heads. “The risk culture is at the root of the problems at Credit Suisse. You don’t get rid of them by cutting off a few branches.” A change in management is needed. “But the Chairman of the Board of Directors, Axel Lehmann, and the new CEO, Ulrich Körner, are technocrats. They underestimate the importance of corporate culture.”

This culture not only results in fines, but also in billions in losses. The investment bank’s costs are double the income. But the results of asset management have also deteriorated significantly. “The numbers are frightening,” says analyst Andreas Venditti. “Credit Suisse is likely to withdraw from other areas of the investment bank, which will be complex and expensive to resolve.”

See also  The most complicated week begins since the government took office: the market does not want bonds in pesos or dollars

Compliance expert Roth is even more skeptical: “The CS scandals are a disaster for the Swiss financial center. It is completely unclear whether the bank can get back on its feet.” Is the money house about to end? “Unfortunately, even the settlement is a realistic scenario today,” says Roth.

But isn’t the bank too big to fail? It’s almost like a government guarantee! Green National Councilor Gerhard Andrey (46) dismisses it: “She hasn’t had it for a long time. After the financial crisis, politicians took various measures so that the federal government no longer had to step in when a systemically important financial institution faltered.”

After the state bailout of UBS in 2008, the big banks had to massively increase their capital resources at the behest of the federal government. And not only for ongoing operations, but also for emergencies. In addition, there are thousands of pages of disaster plans – per bank. If all of that isn’t enough, when things get serious, the oven’s gone. Bern will not intervene.

The CS could fall

An emergency can no longer be ruled out at CS if it continues on its bonus-driven risk course. Gerhard Andrey pushed through a postulate in the National Council that is being carried right into the ranks of the FDP. He wants managers to be held personally liable in the future: “Regulations are needed that focus more on the responsibility of the highest management.”

And the customers? “You are free to switch to a more moderate bank,” says National Councilor Jauslin. In fact, CS lost 7.7 billion francs in customer money in the second quarter of the year.

The bank has a trust problem. No matter how many billions it can shift from one division to another, it will only save itself if it breaks with the culture of the Rohner era.