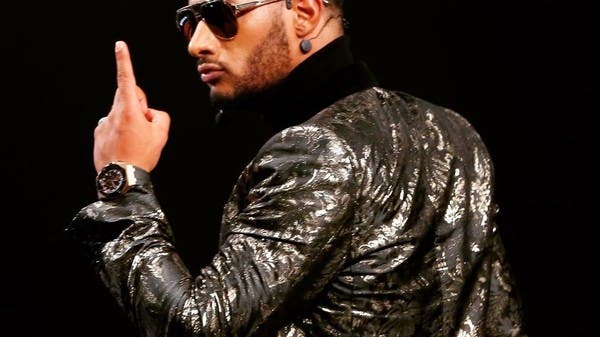 The name of the Egyptian star is back Mohamed Ramadan During the past hours, he came to the fore again, after the Egyptian musician Helmy Bakr attacked him, accusing him of corrupting public taste.

Bakr said in a statement to local media that the condition of the song in particular and art in general has reached a bad level, blaming some stars who have abandoned their role in promoting art responsibility.

He also continued, “Unfortunately, art is currently in its worst stages, and there are other things busy artists Far from presenting respectable art,” he said, adding that some of them seek to imitate festivals in search of “pop” and nothing more.

He described what Ramadan provides of content, whether in terms of song or cinema, as not art, stressing that this is a kind of “corruption of public taste.”

He stressed that neither the song nor the cinema will rise as long as its hero Muhammad Ramadan, or as he calls himself “Number One”.

In addition, Helmy Bakr also criticized the position of some artists, which he described as indolent towards their role in art, saying: “Where are the singers and singers who are supposed to be an extension of the generation of the greats”, and mentioned by name the Syrian artist Asala and the Egyptian artist Sherine.

Bakr accused the artists of being preoccupied with other matters such as personal problems, entrepreneurship, imitating the wave of festivals and others, and held them responsible for the state of art in the recent period, according to him.

See also  "I lied, I didn't have leukemia." The dirty rise of the "Pelao Vade" in Chile

It is noteworthy that the Egyptian star was subjected during the last period to severe criticism, and crises followed him one after the other, starting with his crisis with pilot Ashraf Abu Al-Yusr and its repercussions, especially after the death of the latter, then the rivalries with the media Amr Adib, who reached the corridors of the judiciary, and the give and answer with the family The late artist Ismail Yassin, and then a clothes tailor, confirmed that he worked with the “No. 1” without receiving a wage, the last of which was the accusation of actress Samira Abdel Aziz to Ramadan for cursing her after she refused to participate in a series starring him.