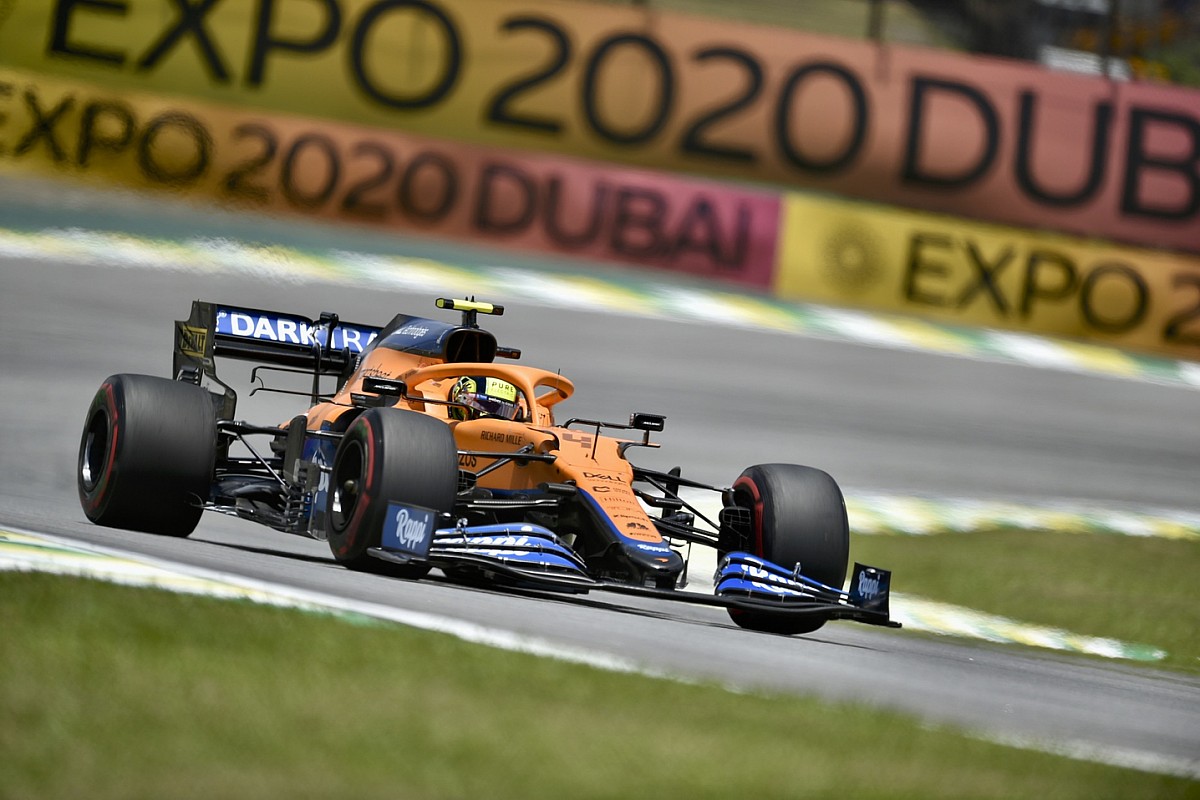 This weekend, the São Paulo Grand Prix is ​​marked by the third and final edition of the Sprint Qualifiers of the season, the end of an experiment that will be repeated next year over no less than six meetings.

The Sprint Qualifiers therefore seem to have left to stay in Formula 1, but it remains to be seen whether the format could be adapted. Indeed, the second free practice session organized on Saturday morning between the traditional qualifiers and the Sprint Qualifiers, moreover under the parc fermé regime, is far from unanimous, since its only real interest is assess tire degradation.

Thereby, Lando Norris proposes to delete the FP2 and replace them with a second qualifying session which would determine the starting grid of the sprint race, taking inspiration from the format already used in the elite from 2003 to 2005 before the adoption of the Q1-Q2 system. Current Q3.

“What I might love to change is this”, comments Norris, who also stood out during the Sprint Qualifiers this Saturday, seventh at the start and sixth at the finish. “We would have qualifying on Friday for Sunday’s race. Then there would be one-lap qualifying on Saturday morning for Saturday’s sprint race. One-lap qualifying, like back then.”

“I think it could be exciting, instead of the FP2s we’re doing now. Therefore, Saturday would be a bit separate from the rest, I imagine. So the sprint wouldn’t affect Sunday’s race.”

On the Formula 1 side, we are thinking about how to adapt sprint weekends to the future. The sports manager of the discipline, Ross Brawn, does not hide the thought of the inverted grids, after the phenomenal comeback of a Lewis Hamilton which multiplied the overtaking at Interlagos.

“There is no doubt that we are discussing with the teams how to make Saturday a bigger challenge, to make it a little more interesting”, indicate Brawn. “I am very optimistic about the impact of the new cars, thanks to their ability to compete on the track.”

“And what is being discussed is how we can reward more for Saturday, so that there is a lot more motivation to fight for points on Saturday. I have to say that I would be. probably very excited about reverse grids, but I think it might go too far. However, there are several things that are being discussed. “