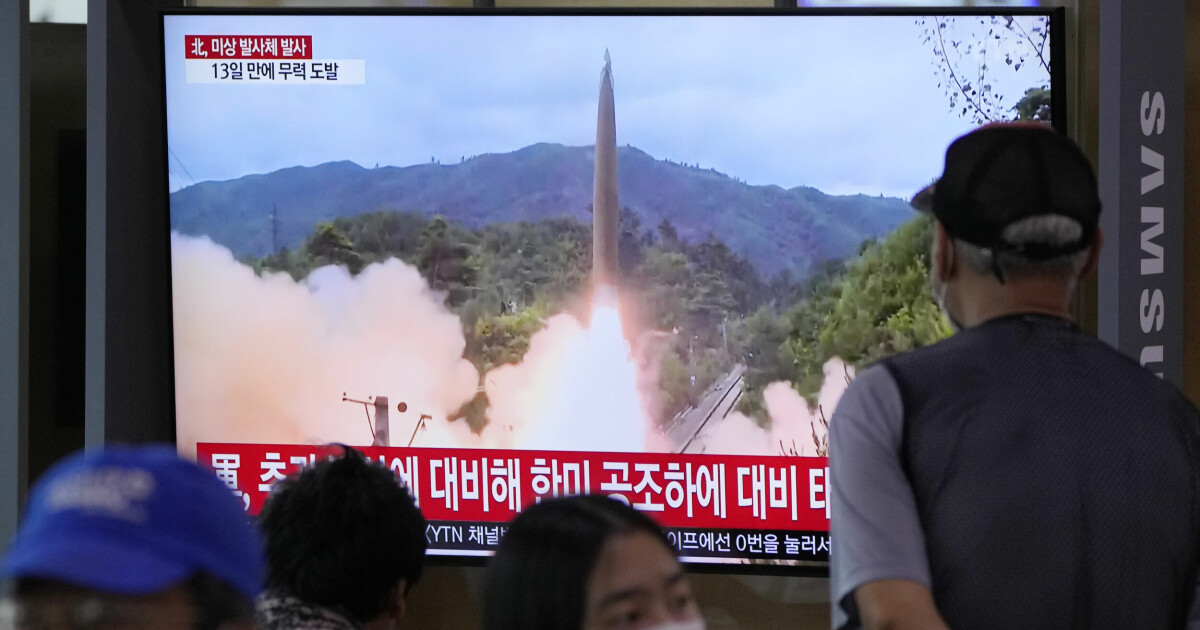 What was first described as a projectile was fired in the direction of the Sea of ​​Japan, the news agency reported Yonhap. A spokesman for the Japanese defense told the AFP news agency that it “appears to be a ballistic missile”.

The launch took place just before the country’s UN ambassador said that “no one can refuse” them to test weapons.

“No one can deny North Korea the right to develop, test, produce and own weapons systems similar to those owned or developed by them,” said UN Ambassador Kim Song, referring to South Korea and the United States.

– We only build up our national defense, so that we can defend ourselves and with security ensure the security and peace in the country, he added.

Washington condemns the latest test, which they believe is a threat to North Korea’s neighbors and the rest of the world community.

– This launch is in conflict with several of the resolutions of the UN Security Council, it is stated in a statement from the US Foreign Ministry.

– Our commitment to defend South Korea and Japan is inalienable, it is further stated.

Following a meeting of South Korea’s National Security Council, the government expressed concern over the launch.

A few days ago, Kim Yo Jong, sister of and adviser to dictator Kim Jong-un, opened up to resume talks with the neighboring country.

However, she insisted that “impartiality” and mutual respect are necessary.

She condemned what she called “double standards” and referred to criticism from South Korean and American teams against North Korea’s military program, while the two allied countries are also arming themselves.

South Korea conducted its first test with rocket launch from a submarine just under two weeks ago.

Moon will have the final closing statement

South Korean President Moon Jae-in, who has only a few months left in office, has recently again made a request for an official closing statement on the Korean War.

North Korea invaded South Korea in 1950. After three years of warfare, the countries entered into a ceasefire, which has since persisted.

The North Koreans are subject to strict international sanctions over the nuclear program. However, the country has already conducted many tests this month, including one with a long-range cruise missile and also ballistic missiles, according to the South Korean military.