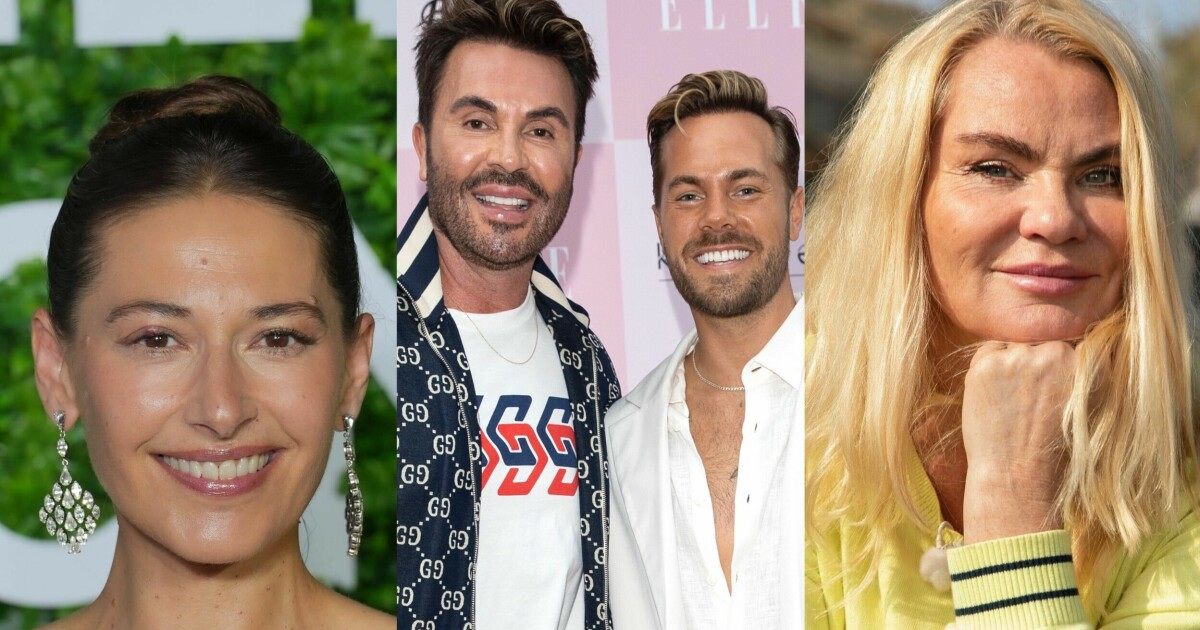 Have you ever wondered why celebrities often have stylish names that also sound good?

Some may have been lucky with the name they have been assigned, but a number of celebrities also choose to change their name when they step into the limelight.

We have compiled a small overview of some of the celebrities whose names are actually something other than what we know them as today.

A celebrity can tell Se og Hør that she actually didn’t like her name when she was young.

– I didn’t like my name in my youth and didn’t think Mariann Gundersen was suitable as a pop star name. I was determined that I was going out on the big pop market and then Mia was easier, explains the 60-year-old.

Gundersen also says that her mother called her Mia as a child.

– Now I think Mariann is very nice and a bit special, she reveals further and adds that there are many of the people she knew as a young person who still use her real first name.

Linni Meister (36) has received a lot of attention in the past year after she tried to find a boyfriend on TV. However, there was no dream prince during the TVNorge series, but afterwards she was able to reveal that she had found love with Morten Rognstad (44).

And behind the nickname Linni there is a funny story, which the 36-year-old has previously told Se og Hør.

– My dad had a cartoon strip in Budstikka that was about me and my brother, Kjell Erik – and it was called “Linni & Kjeller’n”.

– I was the smart one and he was the stupid one!, she further explained at the time.

Another person who has looked for a lover on TV, and found one, is a celebrity stylist Jan Thomas (55).

The 55-year-old has actually changed his name several times. When he married Christopher Mørch Husby in 2009, he took his husband’s surname, becoming Jan Thomas Mørch Husby.

After the couple separated six years later, he chose to keep his surname.

But in 2019 it was time for a name change again, when Jan became the first name and Thomas the surname.

– I’m switching back to Jan Thomas now because my passport expires, and I have to get a new one anyway. So then I thought the time had come, he told Se og Hør at the time.

Perhaps the most surprising thing is that the man we all know as Jan Thomas was not called that when he was born. His birth name is Jan Bertin Østervold.

The celebrity stylist’s better half has also mixed and played tricks with his name. Most people know him best as Harlem Alexander (34)but actually his name is Alexander Harlem.

In front of Se og Hør, the 34-year-old tells the background for this reshuffle.

When he was at primary school there were four boys in his class named Alexander. That led to the teacher calling them by their last names. He therefore got used to being called “Harlem” – it became his first name.

– There is nothing more hocus pocus than that, he says to Se og Hør.

Furthermore, the 34-year-old can say that he has felt like Harlem since he was a child, and that he has been trying to change his name legally for a long time now.

– I have a great desire for it, I feel like Harlem. Not Alexander.

One of Norway’s biggest bloggers and influencers, Sophie Elise (27)is another example of someone who has changed their birth name.

Her real name is Sofie Steen Isachsen. The 27-year-old has therefore changed the spelling of his first name, in addition to adding a middle name.

The veteran presenter Dorthe Skappel (59)who led Good Evening Norway for 25 years, is a very well-known name, but her real name is Anna Dorothea Riseng Skappel.

Pia Tjelta (44) is another example of a Norwegian celebrity with a name that sounds surprisingly good, but the actor actually also has a middle name.