now it will have its own investment fund in Mexico with a yield of 4.3%

Mercado Pago is getting closer to having all the functions of a bank, but in virtual. Although its investment fund began to appear for some users a couple of months ago, now the launch is official: users of the Mercado Pago app will be able to earn an estimate of the 4.3% annual return of the total that is on the platform.

In a virtual press conference, the COO of Mercado Pago, Paula Arregui, explains that Mexico continues to have one of the worst levels of bank penetration in all of Latin America. It is not only that 76% of Mexicans do not obtain returns for their money, it is that 80 million adults in the countryOnly about 300,000 have investment accounts in brokerage houses.

Mercado Pago observed a window of opportunity there. In 2018 they launched their investment fund in Argentina and in 2019 they did the same in Brazil. The results are impressive: between both markets they have created more than 7 million investment accounts, with an average of $ 50 in Brazil and one of $ 100 in Argentina. Now Mexico is the third country in Latin America to which the performance fund function will be operated by Mexican Stock Exchange Group. 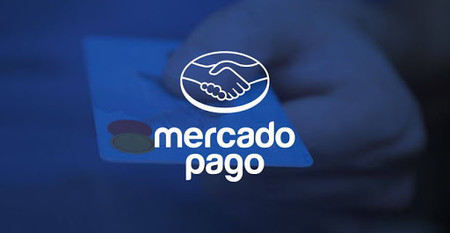 4.3% of performance already considers the commissions that the user pays

Availability of money all the time

Interested users must have the Mercado Pago application on their smartphone. To make use of the function they will have to scan an official identification, and then they will begin to earn returns. So far, users can enter a weight up to 10,000 pesos to the investment fund. Mercado Pago and GBM assure that they are working so that the limit is higher, but as a rule, in Mexico they need to do a face-to-face interview so that the user can enter more than 10,000 pesos to an investment fund.

They assure that both in Argentina and Brazil other types of controls have been implemented so that users can obtain higher yields, so they hope that at some point they will reach a level of agreement with authorities in Mexico to do it in a similar way.

Once the amount is entered, the returns that are directed to short-term debt instruments are reflected daily, and can be seen in the app 7:30 AM to 1:30 PM, Monday through Friday only on business days.

Although until now the launch was not official, Mercado Pago claims that it already has 100,000 users of its fund with an average investment of 1,200 pesos. The goal is ambitious: the idea is to reach 300,000 users in just one year.

According to their own statistics, 44 out of 100 are in the 25 and 34 age bracket, so they plan to make the fund particularly attractive to a young segment.

CDMX, Estado de México and Jalisco are the states with the most users, but the highest average amount is in users from Aguascalientes

Grupo Bursátil Mexicano will be in charge of managing the funds. GBM has in its custody more than 700,000 million pesos in assets.

It is now possible to make money in Mercado Pago: now you will have your own investment fund in Mexico with a yield of 4.3%

The artist Vivi Abdo came under a big attack after broadcasting the first episode...
Read more

Hopeful success with British vaccine. ‘End of the year? It might just be possible. ” – Faithful

Hopeful success with British vaccine. 'End of the year? It might just be possible....
Read more

The FDJ Keno draws for this Sunday, April 26, 2020 are to be drawn...
Read more
Archynewsyarchynewsy.com