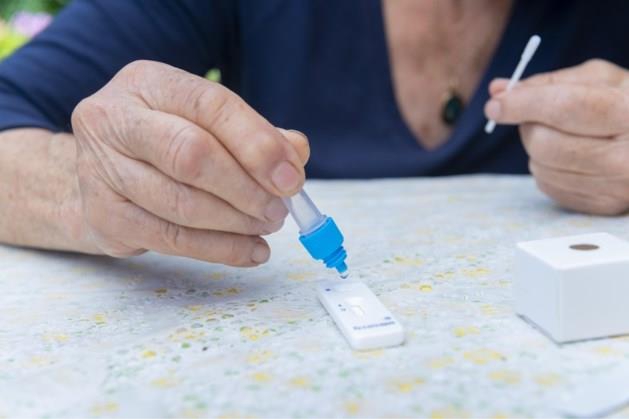 The coronavirus is spreading faster than last week. As a result, the risk levels in some regions will probably increase and the Netherlands may also turn a little redder on the European corona map. If the increase continues, this could have consequences for the relaxation that the cabinet wants to implement in the course of September.

In the last seven days, 18,104 positive tests have been reported to the National Institute for Public Health and the Environment (RIVM). That is an increase of more than 8 percent compared to the previous week. Then, in seven days, 16,732 positive tests were recorded. That was 3.5 percent more than the week before. It is the largest weekly increase since the peak of the fourth wave in July.

The increase is greatest in the Zaanstreek-Waterland region. Last week, 514 people tested positive there, compared to 361 the week before. That is an increase of more than 42 percent. In Friesland, the number of new cases rose from 567 to 765, a difference of almost 35 percent. In Gelderland-Midden, Kennemerland, Gooi en Vechtstreek and Hollands Midden, the number of positive tests increased by more than 20 percent. In total, more new cases came to light in 18 of the 25 security regions.

Partly because of this, the risk levels will probably also increase. These are determined every Wednesday based on the number of positive tests and the number of hospital admissions. Currently, five regions are at the highest level, very serious. That would be eight if the map were determined now.

Also see: Live map: View the number of coronavirus infections in Limburg and the world here

Flevoland, Amsterdam-Amstelland, Rotterdam-Rijnmond and Haaglanden would remain at the highest level. Drenthe and Gooi and Vechtstreek may go up two steps in one go, from worrisome to very serious. Zaanstreek-Waterland and Zuid-Holland-Zuid, which are now on serious, can also go to very serious. Twente may drop from very serious to serious, because the number of hospital admissions is decreasing.

The European corona card may also change for the Netherlands. That card, which comes again on Thursday, has four colors: green, orange, red and dark red. The provinces of North Holland, South Holland and Flevoland remain red. Overijssel and Friesland threaten to go from orange to red next week. The rest of the country will probably still remain orange.

Also read: These are the people who take to the streets against corona policy: ‘We counteract’

When the Netherlands turned dark red on the map of the European service ECDC in July, this was a reason for countries such as Germany and France to introduce stricter rules for Dutch people who wanted to cross the border.