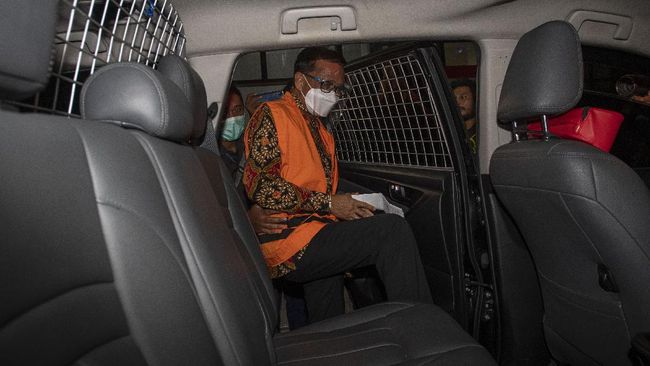 Panel of judges at the Corruption Court (Tipikor) Makassar participated in revoking political rights for three years in the verdict Nurdin Abdullah |.

The revocation of the political rights of the defendant, who is the inactive Governor of South Sulawesi, came into effect when Nurdin finished serving the main criminal term of 5 years in prison.

In the trial that was held yesterday, the Makassar Corruption Crimes Panel of Judges stated that Nurdin was proven to have committed a criminal act of corruption jointly and continuously, as well as committing corruption which was a combination of several acts that were seen as independent crimes.

“Imposing additional penalties to the defendant” [Nurdin Abdullah] in the form of revocation of the right to be elected in public office for 3 years after the defendant has finished serving his main sentence,” said the presiding judge, Ibrahim Palino, while reading the verdict of Nurdin Abdullah’s verdict at the Makassar Corruption Court, Monday (29/11) night.

In making the decision, the judge also revealed a number of things that were aggravating and mitigating for Nurdin. The burdensome thing is that Nurdin’s actions are contrary to the government’s program in eradicating corruption.

Meanwhile, mitigating factors are that Nurdin has never been convicted, has a family to support, is polite and cooperative during the trial, has never acted with various reasons that made the trial run smoothly.

The Makassar Corruption Court judges sentenced Nurdin to 5 years in prison plus a fine of Rp. 500 million, subsidiary to 4 months in prison.

In addition, Nurdin was also sentenced to pay compensation of Rp2.18 billion and Sin$350 thousand. If it is not paid within one month after the decision has permanent legal force (inkrah), then the property is confiscated and auctioned by the prosecutor. If the property does not cover the replacement money, it will be replaced with 10 months imprisonment.

Based on Nurdin Abdullah’s verdict, both the prosecutor and the defendant stated that they would use seven days to think about responding to the verdict.