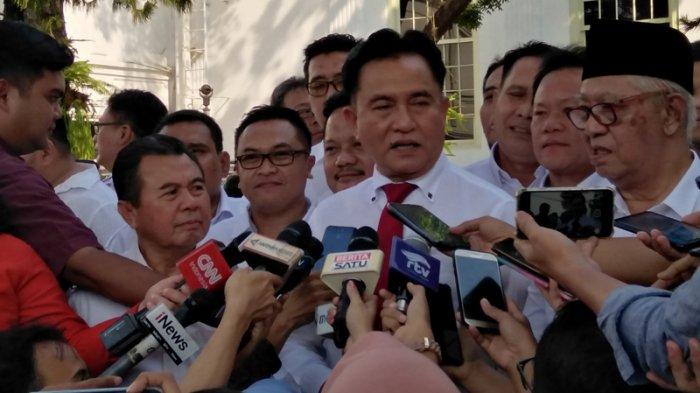 TRIBUNNEWS.COM – Political observer at UIN Syarief Hidayatullah, Adi Prayitno, also responded to the new chapter of the dualism conflict in the Democratic Party.

Most recently, the name of the Chairman of the Crescent Star Party (PBB) as well as an expert in constitutional law, Yusril Ihza Mahendra Get involved.

Yusril is known to be the attorney for the Moeldoko camp to sue the Democratic Party’s AD/ART to the Supreme Court.

Also read: It is very appropriate for the Moeldoko camp to submit a judicial review of the Democratic AD/ART

Adi was surprised and judged that Yusril’s decision could lead to conflict of interest.

“My point is on Yusril’s figure, whatever the title is he is an advocate or lawyer, his position in the Crescent Star Party (PBB) will certainly raise conflict of interest,” said Adi, quoted from Kompas TV’s Youtube show, Monday (27/9/2021).

“What’s the matter with Yusril as a lawyer who is quite well-known for interfering in the matter of party dualism,” Adi added.

On the other hand, Adi also highlighted the dangers of suing the party’s AD/ART.

Because, according to him, the issue of AD/ART is an internal issue of the party.

“Of course it is dangerous because the AD/ART issue is a matter for the kitchen of the party.”