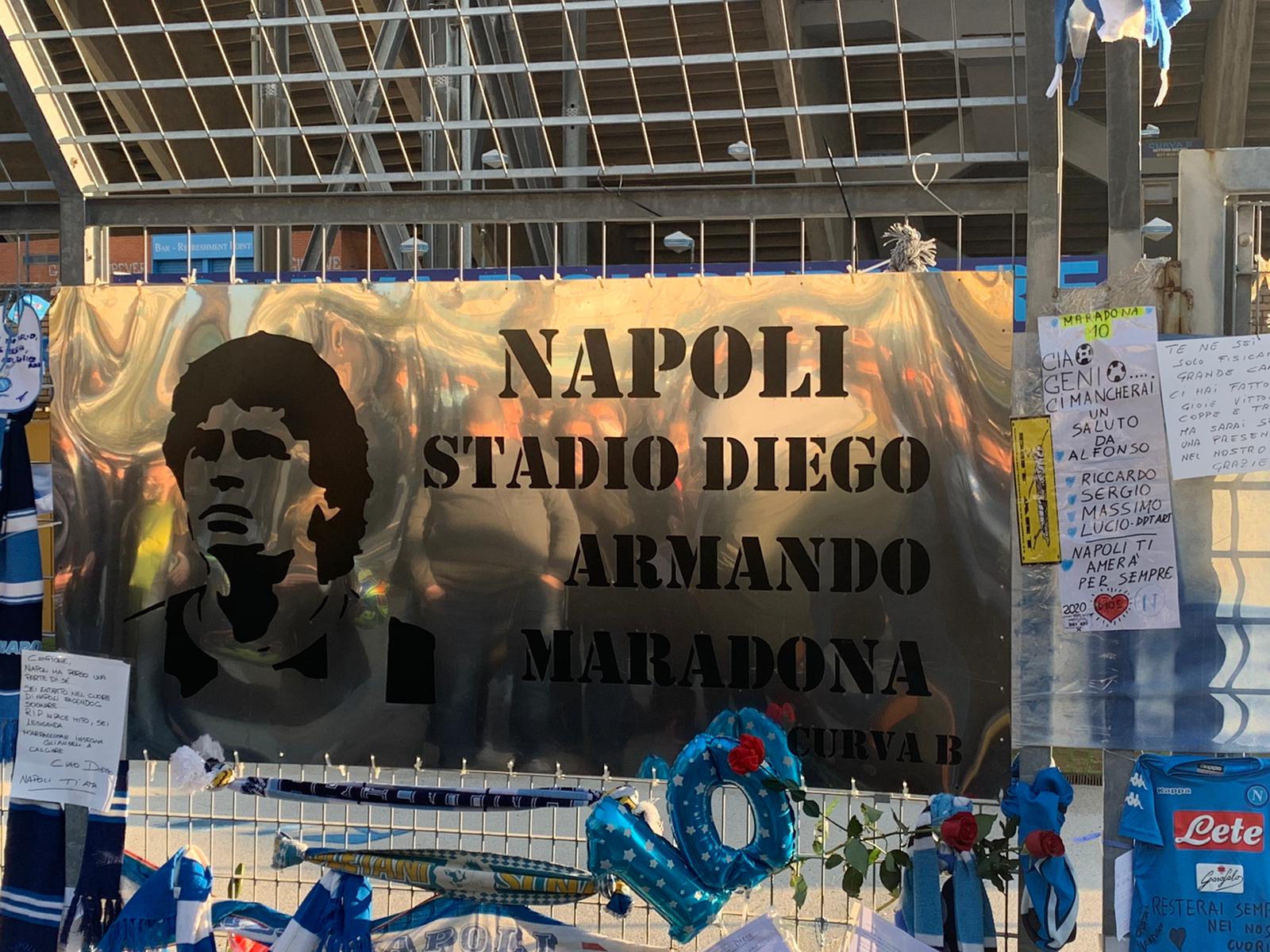 This was announced by the Municipality of Naples through its channels. “The event will not be held for the respect that the Administration has for the fans,” said the commissioner Borriello

The municipal administration is following with particular attention the debate that, for some days, has been developing on the event of the affixing of the plaque at the Diego Armando Maradona Stadium and with the unveiling of a statue that depicts the unforgettable Neapolitan and Argentine champion. . In the end, the decision was to cancel the initiative.

“For years this Administration, first with the awarding of honorary citizenship to Diego on 5 July 2017 and then with the naming of the Stadium on 4 December 2020, a few days after his tragic death, told Maradona as a man, a champion who has managed to unite millions of people with his class. For days, however, an event to celebrate his memory has become a reason for division, opposition and exploitation, even political. What sadness and bitterness… ”comments the councilor for sport Ciro Borriello.

“A plaque in his stadium has become a ‘political’ problem, a cause for resentment. Coloring the lawn with the inscription D1OS with hundreds of children has become a danger for the championship of our favorite team. Diego has always been the champion of everyone and everyone, especially young people and children, even those who knew him thanks to the films and stories of his parents and grandparents. They would certainly have been prevented from having a moment of joy and participation. “

The exponent of the Giunta de Magistris continues “It was said that it would be an electoral event, nothing more false. We have even read of warnings, of legal battles for statues, of a tug-of-war with the sports club with which, however, since June there has been a dense and profitable dialogue with Alessandro Formisano and which certainly would have been in front row: God forbid! As in the front row there would have been the champions, the legends of the two championships to which the Administration would have wanted to deliver a recognition of the City. Unfortunately, the persistence of the effects of the pandemic would have prevented us from dedicating an even larger moment of participation to Diego with the thousands of fans crowding the stands of his stadium. “

But we are also sure that Diego would have loved to have “beside” the boys and girls of Naples “continues Borriello” It is really sad to see that a party that had to unite, in the memory of Diego, all those who loved him has become, with a poisoned climate, a terrain of absurd divisions. The municipal administration is therefore forced to acknowledge that the reasons that had guided the decision to give this party to the memory and memory of its honorary citizen, to the captain of the team of the two championships, have not been understood. The party, the public event, will not be held exclusively for the respect that the Administration has always had for its champion and for all the fans who loved him and who will never forget him. There remains the bitterness for the instrumental and penalizing controversies of just a memory ”concludes Borriello.