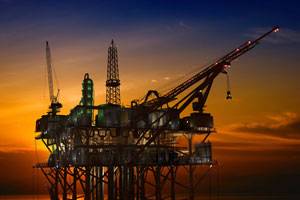 Oil prices extended their decline with the opening of the American market on Monday, to continue its losses for the fourth consecutive day, recording the lowest level in six weeks, with American crude trading below $ 70 a barrel and Brent crude below $ 71, after the “OPEC Plus” alliance officially agreed to increase production at the beginning From next August, which renewed fears of oversupply in the markets, especially after the acceleration of oil production in the United States.

When prices were settled on Friday, US crude lost 0.1%, and Brent crude fell 0.3%, in the third consecutive daily loss, after the Saudi-Emirati dispute over the production policy of the OPEC Plus alliance was resolved.

On the level of trading last week, international oil prices fell by an average of 3.75%, in the second consecutive weekly loss, due to renewed concerns about the balance between supply and demand in the market.

The “OPEC Plus” alliance announced, after an emergency meeting on Sunday, to increase production by 400,000 barrels per day, starting from next August, with the extension of the expiration date of the cuts until the end of 2022 instead of April 2022.

On the other hand, US crude production increased by about 300,000 barrels per day over the past two weeks, rising to 11.4 million barrels per day in the week ending July 9, the highest level since May 2020, according to government data.