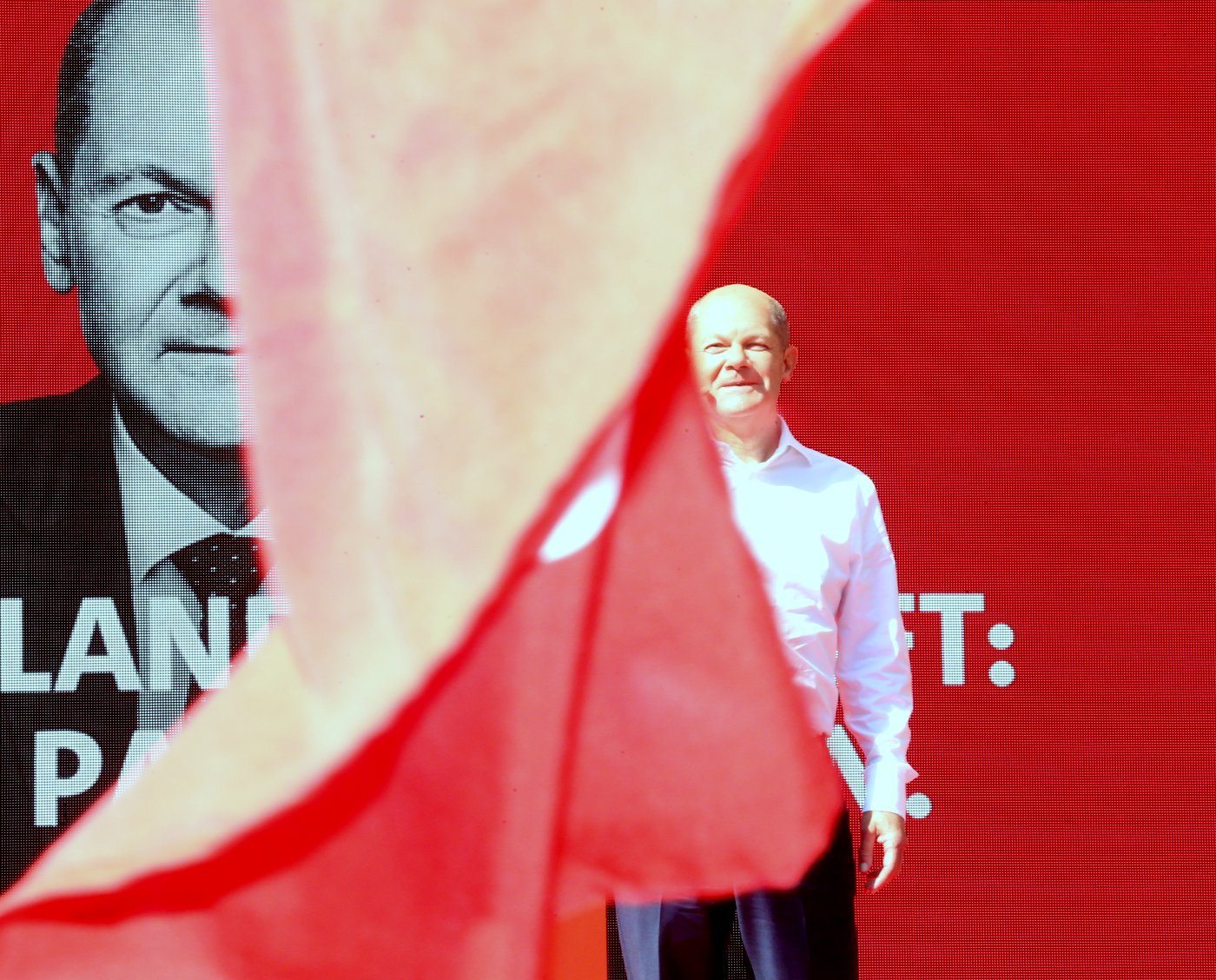 The German Social Democrats (SPD), Greens and Liberals (FDP) have published a coalition agreement that will become the basis for their joint rule. There will be no revolution, but if the new coalition partners led by the Social Democrat Olaf Scholz manage to implement their intentions, they will give Germany the necessary development impulses after the years of apathy in the Angela Merkel era.

The 177-page coalition agreement is the result of 8 weeks of negotiations. About 300 politicians and women politicians participated in the talks, which took place in 22 program sub-teams. The document is a kind of road map that sets the priorities of the coalition government for the next term of office. German politicians take the negotiated provisions extremely seriously. According to the experts of the Bertelsmann Foundation, the government of Angela Merkel in the previous term of office has fully or partially fulfilled almost 80 percent of the 294 promises made in the coalition agreement of 2018.

The very title of the contract, meaning “Dare to progress.” Coalition for Freedom, Justice and Sustainable Development ”, reveals the intentions of the coalition – named after the colors of individual parties a traffic light, Ampel in German. It is also a reference to the words of Willy Brandt, the first post-war SPD chancellor who ruled in a coalition with the FDP. In his 1969 exposé, he announced that it was time to dare into more democracy, signaling a new opening in German politics. His rule, although far from revolutionary, fundamentally changed Germany, ending the conservative, post-war era of Konrad Adenauer and his Christian Democrat successors. A similar scenario was repeated after the rule of Helmut Kohl, when Germany was once again pulling the SPD government out of stagnation, this time with the Greens as a junior partner.

Now, after 16 years of conservative rule by Angela Merkel, who – although masterfully managed subsequent crises – has neglected the future, the SPD, Greens and FDP government also have ambitions to break with the status quo and at the same time not to overwhelm the Germans with changes.

“It is a government of the center that wants to lead our country forward,” said liberal leader Christian Lindner, who is to take over as finance minister in the new government.

What exactly did the coalition partners agree with each other? First of all, during the coalition talks, the parties representing three different political trends managed not to tie each other’s hands, paralyzing the work of the new government from the very beginning. A compromise was reached that guarantees that each of the partners will implement their flagship demands.

Social Democrats forced the increase of the minimum wage to EUR 12 and the obligation to build 400,000 new apartments per year, of which 100,000 in social housing, which is to be a recipe for The housing crisis plaguing German cities.

I bow to the side The greens is a commitment to move away from coal in the optimal scenario as early as 2030 and gas in 2040. Renewable energy is to be developed (in 2030, renewable sources are to meet 80 percent of Germany’s energy demand) and technologies based on hydrogen.

Liberals in turn, they vented their attachment to a balanced budget, obtaining a provision that after the pandemic, the so-called public debt brake. They also blocked tax increases for the richest. In addition, they will be responsible for accelerating digitization.

The coalition partners’ priorities are also reflected in the division of ministries.

In addition to the position of chancellor for Olaf Scholz, SPD politicians will also lead the ministries of internal affairs, labor, construction, international (development) cooperation, defense and health (in the face of the pandemic, the latter ministry was shifted by the parties like a hot potato).

The Greens will receive a super ministry for economy and climate led by Robert Habeck, the party’s co-chairman, who will also become vice-chancellor, and ministries for environment, family, agriculture and foreign affairs.

The head of German diplomacy is to be Annalena Baerbock, the first woman in history, and the second co-president to become a Green chancellor’s candidate in the campaign.

The FDP will in turn deal with finance, justice, transport and digitization, and education.

Unlike Angela Merkel, the traffic light coalition also wants to be bolder in approaching the changes taking place in German society. The outgoing chancellor would pat them only when she was sure that the overwhelming majority of Germans supported them. This was the case, for example, in the case of opening the institution of marriage to same-sex couples, which at the time of its enactment were supported by over three-quarters of Germans. The new coalition partners are not going to be that conservative.

In the coming years, Germany will therefore have to legalize marijuana, remove the prohibition of publicly informing doctors about the possibility of an abortion from the criminal code, lower the age of gaining active voting rights to elections to the European Parliament and possibly to the Bundestag, if it is possible to amend the constitution, as well as significantly simplifying and shortening the path to obtaining German citizenship.

The coalition partners also have good news for their foreign partners. In addition to the agreement on the arming of German drones, the coalition partners agreed to quickly select a successor for Tornado combat aircraft capable of carrying US nuclear bombs. The continued participation of Germany in the NATO nuclear sharing program depended on this issue – so the allied credibility of Berlin was at stake. These “hawks” moves in the eyes of German public opinion are to be mitigated by the accession of Germany as an observer to the Nuclear Weapons Ban Treaty.


Contrary to the fears of many European capitals, the FDP did not insist on drawing red lines on internal EU reforms and possible loosening of fiscal rules. The announcement of a shift towards greater assertiveness in the policy towards China is also striking.

Money for the rule of law

Realistically, also in the field of Eastern policy, which is important from the Polish perspective, one could not expect much more favorable provisions.

Ampel declares support for Ukraine’s sovereignty and territorial integrity, and the Belarusian dictate of Lukashenka is threatened with tougher sanctions. In the case of Russia, we are dealing with a typical German ambivalence, which includes criticism of the Kremlin for its destabilization policy, aggression towards Ukraine and violations of human rights, and at the same time reaching out to cooperation.

The issue of Nord Stream 2, however, was left blank, as expected. It seems that in view of the disagreement, the coalition partners decided to give themselves more time to think and observe further developments in the East.

Poland, on the other hand, appears directly twice in the coalition agreement. The coalition partners uphold the commitment adopted by the Bundestag of the previous term to build a memorial site for Polish victims of World War II in Berlin. In addition to the traditional mention of the desire to revive the Weimar Triangle, there is also a “deep friendship” linking Germany and Poland, the expression of which is to support civil society and cross-border cooperation.

The declaration that Berlin will vote in favor of the national reconstruction plans under the EU Reconstruction Fund only if “conditions such as the independence of the judiciary” are met may arouse some anxiety in government offices in Warsaw. It may well be a harbinger of a slightly more principled approach to the rule of law than was the case under the indulgent Merkel.

The fast pace of negotiations and their confidentiality indicate that despite significant program differences, there is good chemistry and an atmosphere of trust between the partners of the future German government. At the same time, many specific postulates are hidden behind the fog. For example, it is unclear how Ampel plans to finance massive investments in economic modernization and energy transformation to ensure the achievement of climate goals without violating the aforementioned “debt brake”. It seems that it will not do without a bit of creative accounting, which the coalition partners need more time to develop. Disputes in foreign affairs will also be inevitable.

Nevertheless, the program presented by the SPD, the Greens and the FDP is an ambitious modernization agenda that sees a need for change.

At the same time, the coalition partners do not want to turn everything upside down, but build on the existing foundations. Ampel will be able to start implementing its program December 6, on St. Nicholas’ Day, when Olaf Scholz is to be sworn in as chancellor. The new office cannot count on gifts. It begins its mission in the middle of the fourth wave of the pandemic, for which the coalition partners are already partly responsible. On the day the coalition agreement was announced, 75,961 new cases were recorded in Germany – an absolute record. So Ampel cannot count on the traditional 100 days of peace for the new government.

The Eye makes sure that Poland does not leave Europe.
Support us so that we can continue.

Political scientist, social activist and journalist. Co-founder and president of the Global.Lab think tank. He graduated from the Institute of International Relations at the University of Warsaw. He also studied at the University of Bonn and at the Freie Universität in Berlin. He collaborated, among others with the Foundation Friedrich Ebert, Helsinki Foundation for Human Rights and Polish Humanitarian Action. Member of Amnesty International.