It would be possible to make the old iPhones super efficient and faster simply by changing the region in France. In a report released this week, Chinese iPhone users reported that simply placing the region in France not only increases the performance of older iPhones in terms of interface speed, but also general application performance. . Analysis shows that this unexpected trick could be the result of sanctions imposed by France on Apple as part of the scandal over the obsolescence program of old iPhones.

One of the tricks used by phone makers, like Apple and Samsung, to get consumers to buy the new version of their products is program obsolescence. But some of them were severely punished in certain countries of the European Union when this plot was discovered. Indeed, in the second half of 2017, several reports accused Apple of intentionally slowing down older iPhone models. According to the company, the battery of these phones is already exhausted and it has chosen to deploy an update that has changed the energy management of said smartphones so that they continue to function. 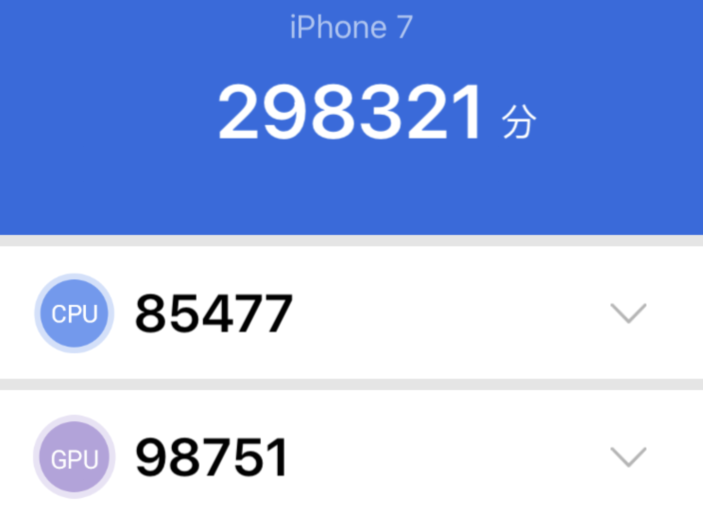 The feature was first introduced as part of the iOS 10.2.1 update. If your phone’s battery was a bit aging, then iOS will cap peak performance, as your battery might not be able to handle rapid spikes in power consumption. The result of these spikes is that your iPhone might suddenly turn off. Following consumer complaints and multiple denunciation reports, Apple confirmed in December 2017 that the performance drops are intentional and are caused to preserve the smartphone’s battery.

Apple did all of this without taking the time to notify affected users. The affair immediately turned into a scandal and the company ad face dozens of complaints from dissatisfied consumers around the world. Apple has attempted to contain the frustration of affected customers by offering battery replacements, and refunds for customers who have purchased a new iPhone to regain peak performance. However, that was not enough to appease consumers. If the case caused a lot of noise, Apple was not really sanctioned, apart from in France and Italy.

In France, the DGCCRF (General Directorate for Competition, Consumption and Fraud Control) a sanctionn Apple for failing to inform consumers about a battery fix and fined the iPhone maker 25 million euros ($ 27 million). Apple, which did not contest the fine, was also to post a press release on its website for a month. It also introduced a feature called “Battery Health”, which allows you to check the maximum battery capacity and find out if the iPhone can achieve maximum performance.

Due to this feature, many users have noticed that their phone becomes slower when playing a game, for example. Today, it turns out that all this dbcle has provided an unexpected way to make iOS run faster on your iPhone. According to a recent report from China, if you change the region to France, the performance of its phones will become faster and smoother. It is believed that the reason for this fluidity is the fine and sanctions imposed by France Apple in connection with the incident on the obsolescence of the old iPhone program.

Some users report that after moving to another region, iPhone (especially older iPhones) becomes faster and smoother. The report also claims that even the iPad becomes smoother and faster after changing regions. In addition, a comparison of the AnTuTu score, a software benchmarking tool commonly used to rate phones and other devices, before and after the region change shows that the phone’s operating score directly changed by 5W. This is a significant increase in performance after changing the region in France.

You can see that there is a change in the waypoints when the location is changed. According to the report, the single-core and multi-core CPU scores reported by GeekBench 5 are consistent with current AnTuTu scores. The scores before and after the region change are only separated by a few tenths.

What is your opinion on the subject?

France: Apple sanctioned for failing to inform consumers about a battery fix, and will pay a fine of $ 27 million

Apple now faces more than 26 lawsuits for intentionally slowing down some iPhones, claiming that their batteries are old.