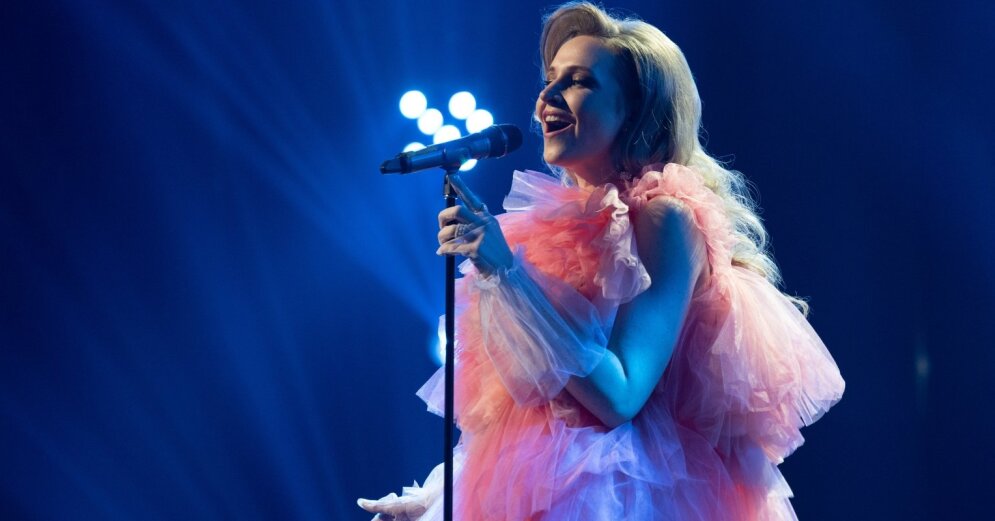 The national holiday week ended with the third live broadcast of the third final of the 4th season of “Factor”, in which eight finalists took the stage, continuing the fight for the main prize of the show – 10,000 euros and a contract with the record company “Universal Music Group”.

The spectators decided that Olga Palušina should leave the show, while the fate of the remaining participants was decided by the spectators in a 200-second vote, after which it became clear that the group “We” would not continue the show. Diona Liepiņa won the audience sympathy award.

The third live broadcast of the show was opened by Diona Liepiņa, performing the song “Life as Glory” by her greatest musical idol Mārtiņš Freimanis. Aija Auškāpa admitted that Dione managed to conjure up the feeling of the cartoon, while her mentor Intars Busulis gave her the following words: “You bloom like a flower!”

In the evening, “We” performed the song “Story of my life” by the world-famous group “One Direction”, with which they wanted to convey their own story to the audience. The representative of the jury Marat Ogļezņevs admitted that this week’s performance was not as successful from the point of view of the overall sound as last week, but each of them showed himself very well.

Next up was Edgars Kārkliņš, who performed a song very close to him, which is associated with the national holiday – Imants Kalniņš’s song “Breathe”. The jury noted the successful selection of the song, but generally considered the performance to be unsuccessful.

Another anniversary of this week, the audience’s favorite Viktors Buntovskis, took to the stage with a particularly patriotic song. Intars Busulis noted Viktor’s courage to sing such an arrangement of this version, while Aija had a feeling that this version of the song should be sung by Intars himself.

The show was continued by finalist Deniels Bērziņš, who performed Eds Šīrans’ song “Thinking out loud”. Denat’s mentor Marat Oglezniev said of the performance: “It was impressive. When you sing, your voice tells a story – it’s valuable. There is a feeling that you are surviving the performance.”

Greta Grantiņa, who performed Tina Turner’s energetic song “Proud Mary”, took the stage. Her performance raised the entire jury and Aija Auškāpa admitted that this was the best performance of the evening.

“Thank you to everyone who works here. I’m so happy to be on this stage. I think this is just the beginning. Olga Palušina, whose participation in this season’s “X Factor” has ended.

“X factor is a very good experience and a set of emotions that you can experience in a short time. Thanks to everyone who made it all look so beautiful, “said the group” We “, whose participation in this season’s” Factor “has also ended.