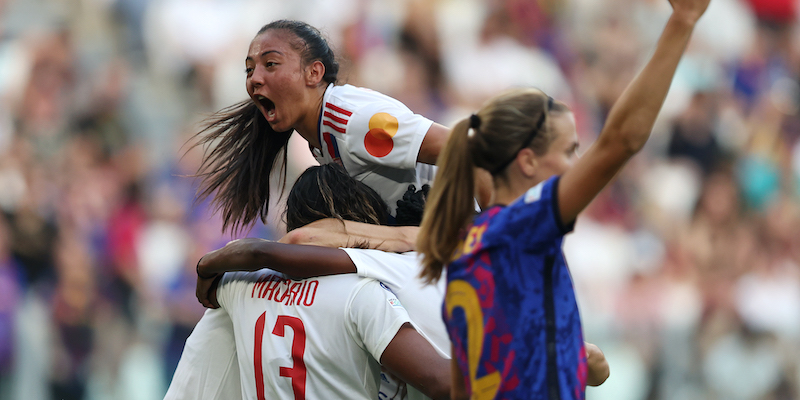 The Olympique Lyon football team won the 21st edition of the women’s Champions League by beating Barcelona 3-1 in the final played on Saturday night at the Allianz Stadium in Turin. The four goals that decided the game were scored in the first half. Lyon scored them all in the first half hour of play with Amandine Henry, Ada Hegerberg and Catarina Macario. A few minutes before the break Alexia Putellas, the last female Ballon d’Or, has shortened the disadvantage for Barcelona, ​​but in the second half was unable to make more.

For Lyon, already considered the first great women’s team of European football, is the eighth Champions League won, four more than the second most successful team in Europe, Frankfurt. For Barcelona, ​​who had won the last edition of the tournament, it is the second defeat in the final against Lyon, after the one they lost 4-1 in Budapest in 2019.

🦁🏆 Lyon reclaim the #UWCL title and are European champions for an EIGHTH time! 🎉🎉#UWCLfinal | @OLfeminin