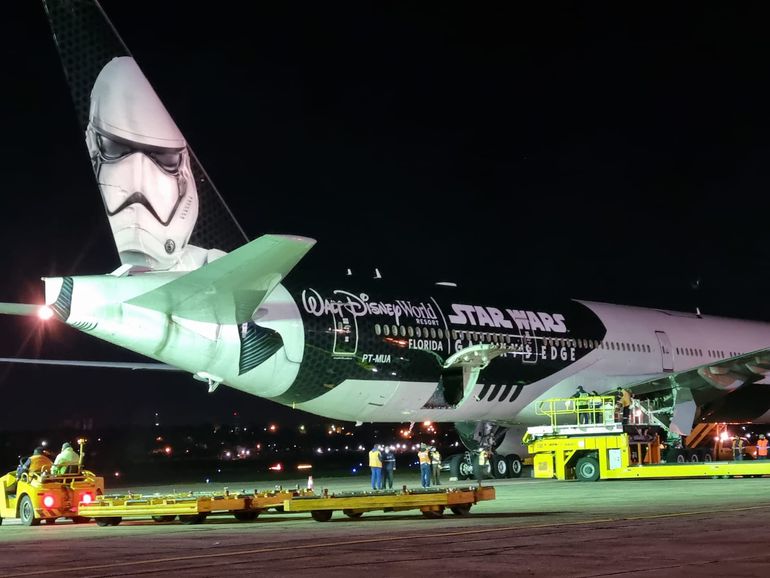 Tonight another batch of one million Pfizer vaccines donated by the United States arrived in Paraguay. The plane that brought the biologicals carried images of the well-known science fiction saga Star Wars, whose first great success was titled “A New Hope”, and this shipment represents precisely that for the Paraguayan population, given the ineffectiveness of the government of Mario Abdo Benítez , who was present to receive the shipment.

The Boeing 777, called ‘Star Wars: Galaxy’s Edge’, from Chicago, United States, arrived in our country at 11:12 p.m. with this second large batch of one million vaccines donated by the North American government to our country.

It should be remembered that on July 9, Paraguay also received one million vaccines donated by the United States, bringing the total to two million biologicals donated to Paraguay by that country.

On this occasion, the vaccines received will be vital for the application of the second dose to those who were vaccinated with the first round, so that, despite the significant amount received, it will not be possible to advance with the laggards or further reduce the range age of the immunized.

As a factor that prevents continuing to vaccinate those who are still missing, there is an uncertainty with the components required for the reinforcement of those who received Sputnik V, so that they could be immunized again with another vaccine if they are not obtained. Russian biologics for second dose.

The vaccines, like the previous ones produced by Pfizer, will be kept in the health park of the La Policlínica distributor, which is the one designated by the same international company for the logistics of reception and conservation of the doses.

Tomorrow the vaccination schedule for people aged 20 and over will be completed, although the lack of vaccines has already been announced in several areas of the country. As of Thursday and Friday, the vaccination of the second dose of those immunized with Hayat Vax (Sinopharm) and Moderna begins.