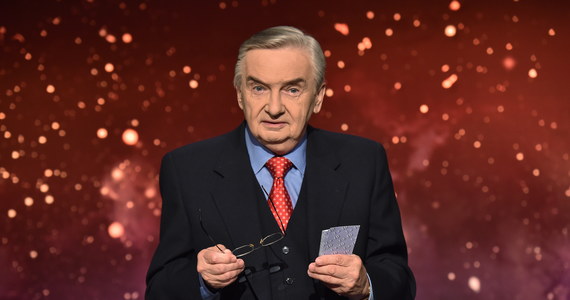 The game show “One of Ten”, run by Tadeusz Sznuk, has already had a cult status. Guests have been on TV screens for over a quarter of a century and have as many as 127 series. Each episode of the program evokes considerable emotions. The struggles of the participants, who often show off their truly impressive knowledge in various fields, are extremely exciting for the audience. However, the “best” does not always win, as viewers have recently found out.

The edition of “One of Ten”, aired on Monday, caused a stir. The 17th episode of the 127th edition of the game show ended surprisingly. The winner was the player with the fewest points. This caused a lot of controversy.

The questions asked in “One of Ten” thoroughly test the participants’ knowledge. It happens, however, that it is not the decisive one. Sometimes it is simply clever and luck that counts, as evidenced by the victory of a participant who scored only 12 points in the decisive stage, and therefore answered only one question correctly. His competitors, who had run out of opportunities earlier, accumulated 72 and 162 points on their account.

Although the rules of the program were not broken, a storm broke out on the network. Many consider this result to be unfair and argue that the “One in Ten” rules should be modified so that similar situations do not arise again.

“It’s better not to change the rules of the game so that the winner is the one with the most points? It doesn’t matter if he has a chance or not. After all, it is knowledge that counts, not whether he slipped to victory because he hardly participated in it. finale “,” The finale ended in a completely surprising, even logical way. As it turns out, the best not necessarily win “,” The winner of the episode with a record win, e.g. 500 points and the one with a record, e.g. 12 points, receive the same prizes – rules of the game show for changes “- fans of the program wrote on Facebook.

Telewizja Polska also referred to the surprising result of “One of Ten”. In the summary of the episode, attention was drawn to the importance of the right game strategy in the program.

“The very exciting seventeenth episode of the 127th edition is behind us. Who has been with us for years knows that the player with the most points is not always the winner. Strategy, mastery and a bit of luck also play an important role. Today we congratulate Artur Witkosi on his victory ( 12), but applause is also due to the other players “- it was written.

Sandra Bullock was shocked by the confession

Stuhr’s sincere words. “I was debased and drunk and lay on the ground”

For more news about movies, stars and TV shows, exclusive interviews and behind the scenes of the hottest premieres, visit our Facebook Interia Film.