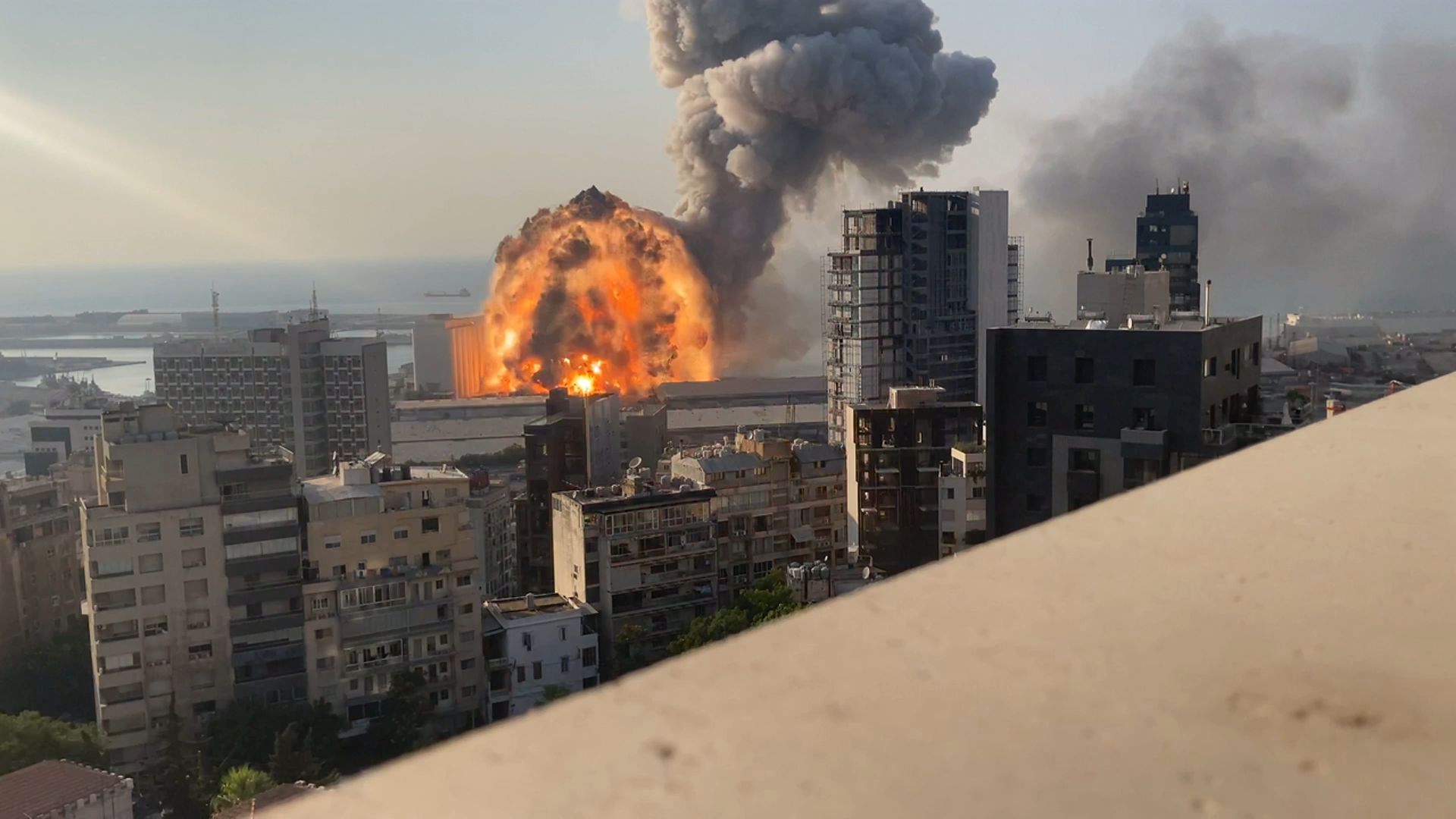 The huge explosion resembled an atomic explosion. Just a year ago, in the early evening of August 4, footage began to spread from Lebanon, reminiscent of the making of a film about the end of the world. 2,750 tons of ammonium nitrate exploded in the port of Beirut. A few months later, British experts concluded that the explosion was the most powerful nuclear explosion in human history.

Beirut explosion in the highest quality HD and slow motion yet Video: Reuters

People felt shocks up to a distance of 250 kilometers, the pressure waves damaged buildings within a radius of ten kilometers. For 300,000 people, they literally lost their roof over their heads. 207 people died and another 75,000 were injured. The explosion caused a crater 43 meters deep and 152 meters wide at the site.

A year after the tragedy Lebanon is in a critical situation, not just because of an explosion. The country is going through a deep economic downturn, exacerbated by the coronavirus pandemic. It is not declining in Lebanon and vaccination is very slow.

In the last two years, the Lebanese pound has lost ninety percent of its value against the US dollar. Tens of percent of food and fuel prices skyrocketed, with virtually all imported goods either rising sharply or not available at all. The state, once called the Middle East Switzerland, has become drastically impoverished.

“The current crisis is the result of a number of problems, especially in the last decade. These include poor resource management, corruption, bank indebtedness, import dependence and minimal support for local industry and production. The Beirut port explosion has deprived many people of livelihoods There is a lot of disillusionment, tension and fear of the future among the people, “Lenka Filípková, the coordinator of the People in Need organization, which works in the country, describes the situation in Lebanon to the daily Aktuálně.cz.

See also  Mega-shock for shock star! Now he fears for... -

The depth of the crisis, for example, is illustrated by the fact that Qatar sends seventy tons of food aid to the Lebanese army once a month. The Turkish company Karpowereship again stopped supplying electricity to Lebanon because it did not get paid in eighteen months.

“People are running out of resources to meet basic needs, lack medicine, medical supplies and hospitals. Staff are likely to worsen the crisis, as the World Bank and the International Monetary Fund make aid conditional on new government and reform,” said Lenka Filípková.

The richest Lebanese, businessman Najib Mikati, whose fortune is estimated by Forbes magazine at $ 2.7 billion, is now trying to form a government. Mikati operates in real estate and telecommunications, and has extensive assets in the United Kingdom, the United States and Monaco. He has been the fourth man to try to gain the confidence of his government in parliament since the blast a year ago. His three predecessors failed.

Why ammonium nitrate exploded and why it was in storage is still unclear. The cargo was brought by a ship of the Russian owner Igor Grechushkin, which was bound for Mozambique, but had to dock due to a breakdown. Grechushkin, meanwhile, declared bankruptcy, leaving nitrate in Beirut.

However, there is also speculation that it was a cover maneuver and that the chemical was intended for Syria for military purposes. The war in Syria has had a major impact on Lebanon since 2011. About 1.5 million Syrians fled here before the conflict and violence.

Dog handler after returning from Beirut: People lost everything

There was great gratitude from the Lebanese. The soldiers bore fruit and kept thanking us. It was a pleasant feeling that we helped, says Václav Vančura. | Video: Martin Veselovský