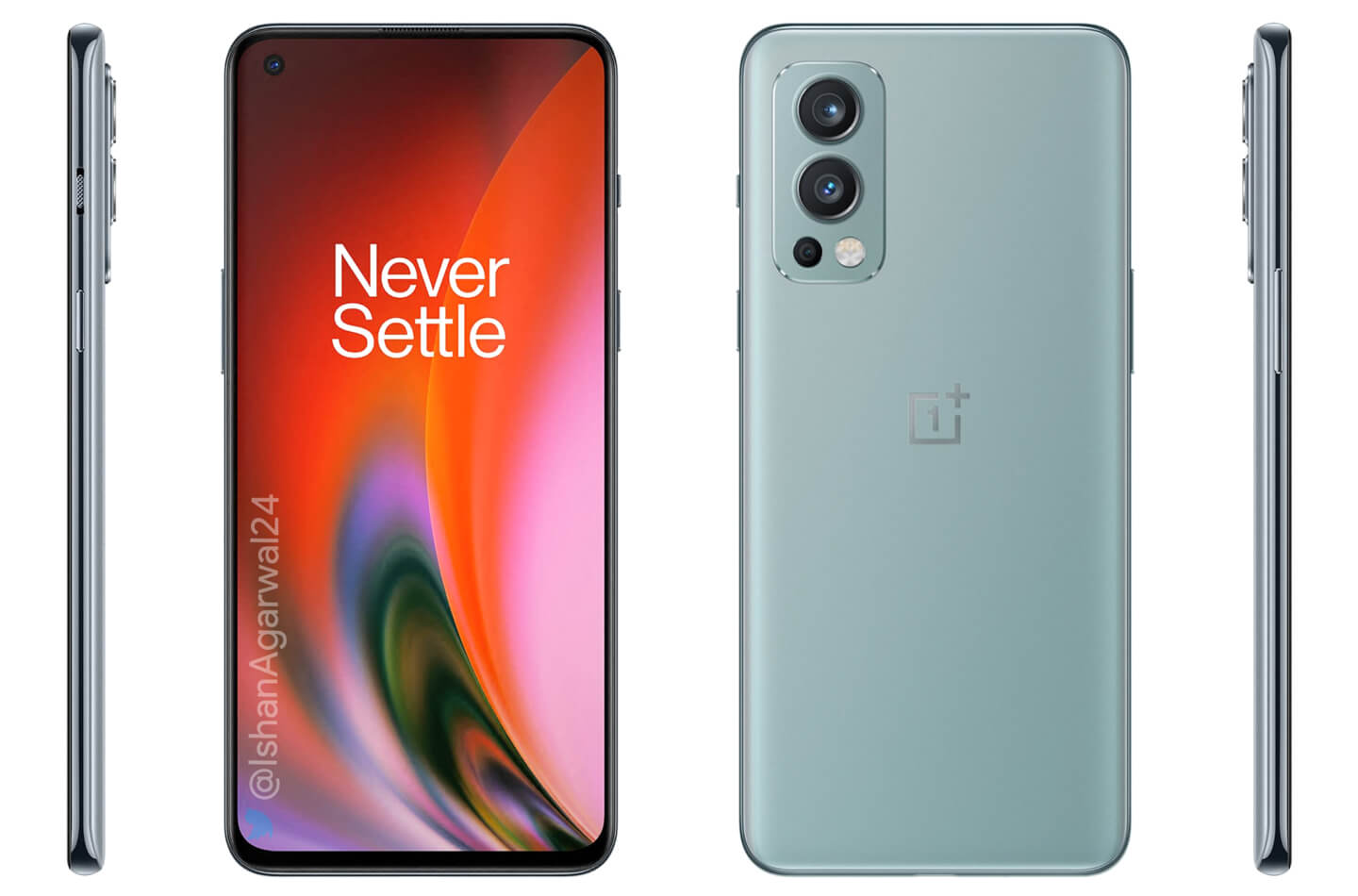 The OnePlus Nord 2 is expected this week. The smartphone gets a nice 90Hz screen, a 50MP triple camera, a large battery and 5G support.

Last year, OnePlus created a new mid-range smartphone series that now consists of four models: the OnePlus North, North N10, North N100 and the North CE 5G. OnePlus is very successful with its new line-up, thanks in part to the Nord series, the company has managed to grow into the Nr. 3 smartphone manufacturer. The second generation is expected soon, in the form of a OnePlus Nord 2. In recent times, quite a bit has become known about this new device.

The Nord 2 is expected to have a 6.43-inch AMOLED display with a Full HD+ (2400×1080 pixels) resolution and a 90Hz refresh rate. Under the hood, the Mediatek Dimensity 1200 AI is integrated with 8GB RAM and 128GB storage memory. In addition, OnePlus will release a model with extra memory, namely 12GB RAM and 256GB ROM.

Last month the first render images of the OnePlus Nord 2 5G already online, this time Twitterer Ishan Agarwal put a series of official marketing images online, so that we now also have a good impression of the new color variants. The 8GB/128GB model comes in Gray Sierra and Blue Haze colors. The top model with 12GB/256GB memory will be released in the color Green Woods.

In terms of design, the new device will take over several features of the more expensive OnePlus 9including the design of the camera system. The Nord 2 gets narrow screen bezels, with a single punch-hole selfie camera located in the top left corner. This houses a 32 megapixel image sensor, with which you can also record Full HD videos @ 60fps. Its predecessor was still equipped with a double selfie camera. The recognizable alert slider will of course also be found on the new model.

The triple camera on the back consists of a 50-megapixel wide-angle camera, an 8-megapixel ultra-wide-angle camera and a 2-megapixel mono camera. With this setup you can capture 4K videos @ 30fps. Additional functions are also available, including a Nightscape Ultra mode, a Group Shot 2.0 mode and a slow-motion video (120fps) function.

The OnePlus Nord 2 will be a dual SIM phone with 5G support. The fingerprint sensor is placed under the screen. As for the software, the new model will run on the Android 11 operating system in combination with the OxygenOS 11.3 interface. The device will support 2 years of software updates and 3 years of security updates.

Finally, the Nord 2 will be equipped with a 4,500 mAh dual-cell battery with support for 65 Watt Warp Charge. The charger will most likely be included in the sales package. The OnePlus Nord 2 is expected to be officially released on Thursday, July 22, 2021, while the new OnePlus Buds Pro TWS earbuds will also be announced at the same time. .

As for the pricing, in India the Nord 2 5G will most likely be available starting at Rs 32,000 or about €365 (8GB/128GB). The more expensive model with 12GB/256GB memory will have a suggested retail price of Rs 35,000, which is about €400. The Dutch prices will probably be a bit more expensive, so it is certainly not inconceivable that the cheapest model will be sold for € 400 – just as was the case with the original OnePlus Nord last year.