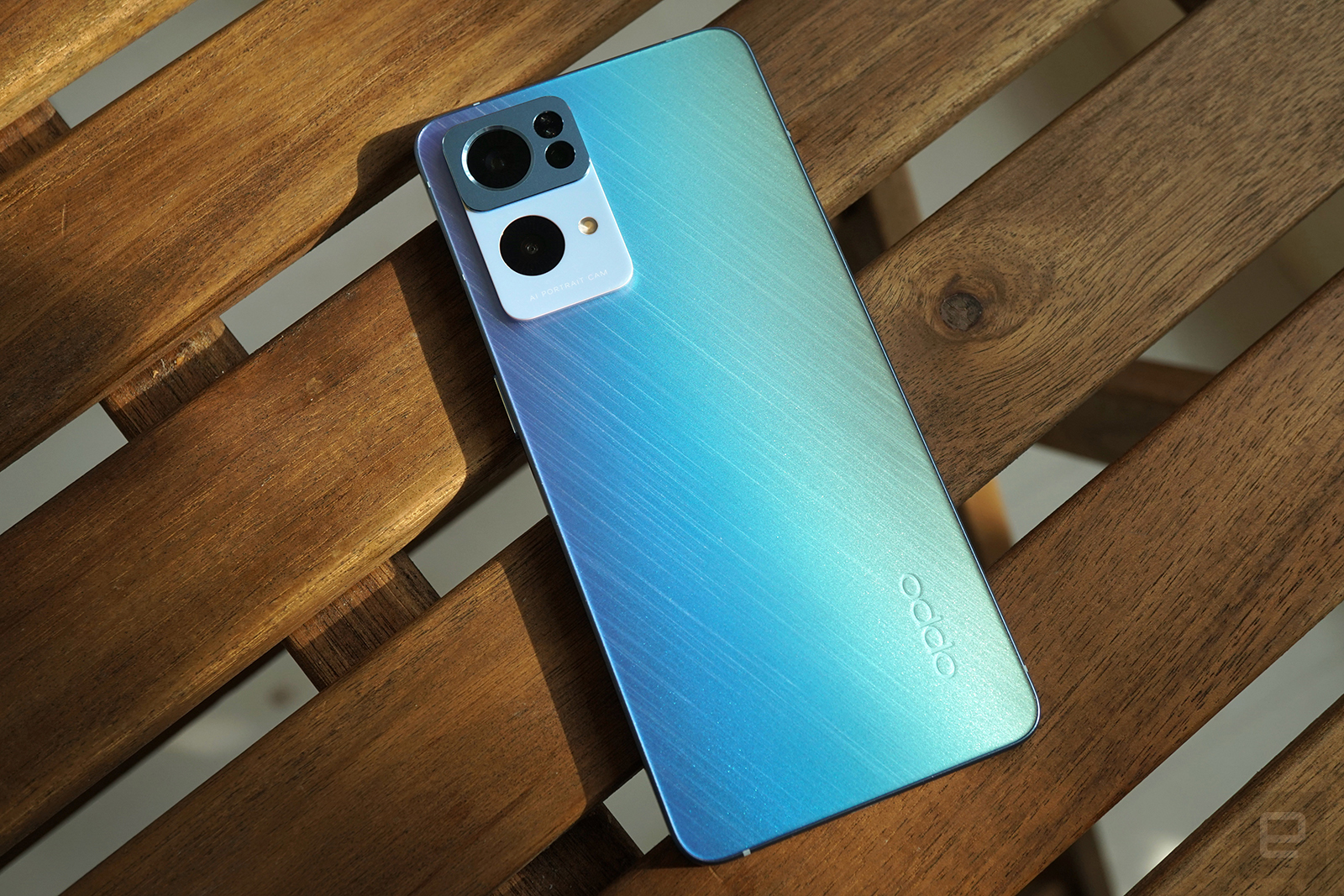 After a period of transformation attempts, the Reno series of products have finally returned to Oppo’s best style, that is, with texture, lightness and self-portrait performance to determine the winner in the mid-level and mid-to-high-end markets.Just published not long ago Reno7 Pro This is a good example. This time Oppo has launched the “Star Language Wish” color scheme for the new phone.Recent two generations of Reno Based on the well-received crystal diamond frosted back cover, a new “Meteor Shower” fine twill has been added. It brings a special look and feel, but does not affect the touch. With the background color of blue, green and purple gradients, it can present a strong sense of fantasy. It is estimated that it will be easy to vote for the target audience of the series.

As for something like Vivo “Cloud Level”But with the color-blocking design of the rear camera, it is easy to see people’s opinions, but the differences should be real. With the addition of the “Star Rain” back cover and a circle of breathing lights around the camera, this shape is sufficiently recognizable. At the same time, Reno7 Pro also has the “mainstream” flat middle frame in the current market. Combining the two, there are changes while stability, this kind of routine can be said to be quite Oppo. What is familiar is the lightness and thinness of the new machine. The Reno7 Pro with a built-in 4,500mAh battery has a body thickness and weight of only 7.45mm and 180g. If you don’t count the right-angle middle frame, you can’t avoid the top feel, holding it in your hand is not very strong. The position where the 2.5D glass and the middle frame are combined is also polished smoothly, so there will be no discomfort when holding it.

In the Reno5 and Reno6 series, the 50MP IMX766 sensor, which was only carried by the Pro+ model, was finally transferred to the Pro model in the Reno7 generation. Its own hardware quality and Oppo’s proficient tuning experience can ensure that the rear main camera of Reno7 Pro reaches a very high level of availability. But to say that Oppo’s focus on this filming is still 32MP. RGBW The Selfie side of the photosensitive element. This IMX709 is a CMOS jointly developed by Oppo and Sony. The manufacturer claims that its light-sensitivity has been increased by 60%, and it can reduce noise by 35%, and it has hardware-grade DOL-HDR that can bring better backlighting and night shooting. Performance. I am quite satisfied with the actual shooting. The light and dark parts of the picture will look more natural, and the skin tone beautification, imprint concealer and other effects are also just right. Unfortunately, the screen look and color accuracy of this phone is relatively average. And the update rate is only 90Hz, it feels impossible to fully play the smoothness of ColorOS.

Generally speaking, in Reno7 Pro, or the entire Reno7 series with Reno7 and Reno7 SE, we can see the familiar Oppo who is good at positioning itself in the mid-level and mid-to-high-end markets. Eliminating the Reno Pro+ model that was not considered successful after two years of launching, while offering the Find series vacant positions, it also relied on the Reno SE model to seize the market that is more likely to be captured. After playing this move, Oppo’s several product lines should be finally sorted out. Next, it depends on the market’s feedback.