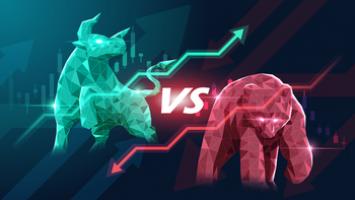 After hitting a milestone of $69,000 over the past few days, the cryptocurrency giant, Bitcoin (BTC), has been on a big volatile market, breaking its psychologically important support of $60,000 due to a few bad news.

On the 18th (local time), Cointelegraph, a media specializing in cryptocurrencies, said, “On the 12th, the US Securities and Exchange Commission (SEC) rejected VanEck’s application for a spot bitcoin exchange-traded fund (ETF), and on the 15th, “Bitcoin price fell below $60,000 as U.S. President Joe Biden approved an infrastructure bill that would require all digital asset transactions over $10,000 to be reported to the Internal Revenue Service by 2024.”

In fact, the current options market data is slightly favoring put options, reducing the likelihood of a rally ahead of the 19th of November, the media added.

Another cryptocurrency-specialized media outlet, CoinDesk, analyzed that altcoins are attracting attention and that Bitcoin and Ethereum are losing momentum. Also, if the Fed raises rates faster and accelerates its response to inflation, it will dampen Bitcoin’s attractiveness and dampen risk asset momentum.

Edward Moya, senior market analyst at online forex trading platform Oanda, said: “The long-term outlook for Bitcoin remains strong, but over the next few months, institutional investors will be skeptical about whether the Fed will raise rates and trigger the sale of risky assets. It will be a tough market with attention.”

In this regard, according to the Twitter account Watcher.Guru, 1,647 BTC flowed into the BTC wallet (1P5ZEDWTKTFGxQjZphgWPQUpe554WKDfHQ), which holds the third most assets outside of exchanges the day before. The average purchase price is $59,888. Earlier on the morning of the 16th, 207 BTC had flowed into the wallet, and a total of 2,977 BTC had flowed in over the past 5 days. The total assets currently held by the wallet are 110.175.56 BTC.