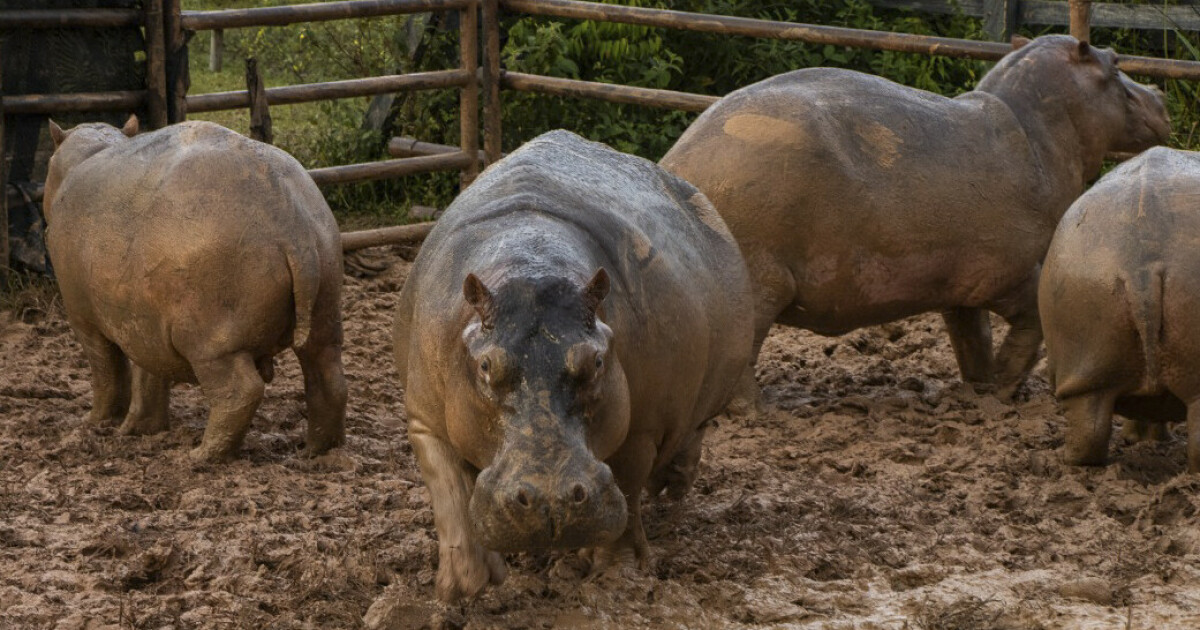 Authorities say the neutered animals are spreading uncontrollably and harming the ecosystem, including by displacing local fauna.

Considered one of the richest people in the world, Escobar, who was shot and killed in 1993, imported hundreds of exotic animals to its ranch Hacienda Nápoles in Colombia. There were, among other things, rhinos, giraffes and hippos.

When Escobar was killed, most of the animals were moved by the authorities, with the exception of the hippos. In reality, they were allowed to roam freely in the immediate area.

Escobar originally smuggled in four hippos: three females and one male. Since that time has the hippopotamus population increased considerably, and it is now estimated that there are at least 80 hippos in the area.

The area is absolutely perfect for hippos, but they walk dangerously close to people. It is not uncommon to see them “walking down the street” in the local village.

However, most of the hippos stay in the area that was previously owned by Pablo Escobar, and is now a theme park, but some have managed to sneak out.

The animals have now been shot with arrows to inject a drug that is effective in sterilizing both males and females, according to The Guardian. 24 of the 80 hippos that run wild will now be neutered.

The herd is considered to be the largest herd of hippos outside Africa, according to NTB. The population has more than doubled since 2012.

It was 38 years ago that Escobar was shot and killed by the country’s special forces in his hometown of Medellín in Colombia.

Medellín is Colombia’s second largest city, and the city of millions was also Escobar’s birthplace. It was from this city that he both started and controlled his cocaine empire. What in the 80s developed into Colombia’s largest drug cartel, was therefore named the Medellín cartel.

Escobar, also known as “El Patrón”, controlled 80 percent of world cocaine sales in the decade before his death, which made him stone rich. The business also included countless killings of police officers and politicians as well as its own employees; he is believed to have bombed, among other things Aviancas rute 203 in 1989, with 110 deaths as a result.

But despite having thousands of lives on his conscience, he still has hero status in parts of Colombia. Among other things, he sponsored local churches and several football teams, and was also behind several house projects for Medellín’s poor. In recent years, Escobar has also gained new hero status due to it popular Netflix series «Narcos».