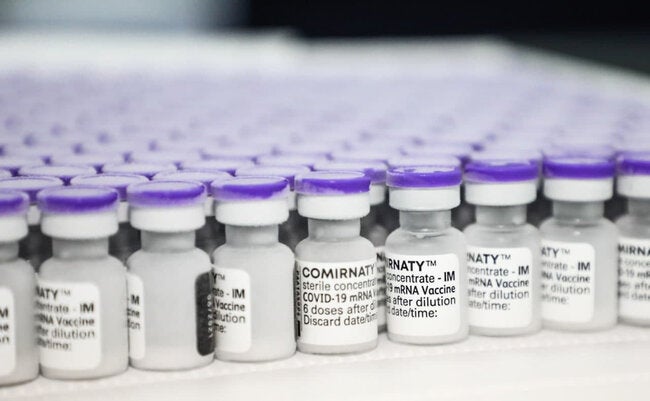 This was announced by Director Etienne, who stressed the need to apply multiple strategies to increase access to vaccines, including the expansion of world production “taking advantage of the experience and capacity” of the Americas.

Washington, DC, September 29, 2021 (PAHO) – The Director of the Pan American Health Organization (PAHO), Dr. Carissa F. Etienne, announced today that the organization has reached an agreement with Sinovac and is in advanced talks with other producers to purchase additional COVID-19 vaccines on behalf of the countries of the region, with the aim of complementing the bilateral agreements, donations and doses received through the COVAX Mechanism.

“We have reached an agreement with Sinovac and have started accepting orders that will be ready for delivery this year, and we hope to sign new agreements in the coming days to buy vaccines that have approval from the Emergency Use List (from WHO). from other providers for 2021 and 2022, “he said during a briefing with the media.

Dr. Etienne also said that so far PAHO has helped COVAX deliver 50 million doses of vaccines, including nearly 14 million donated doses. “We have the ability to rapidly scale up this support, so we urge countries not to delay their donations, as lives are at risk.” COVAX is a mechanism co-led by WHO, the GAVI Vaccine Alliance, the Coalition for Epidemic Preparedness Innovations (CEPI), and UNICEF to make the distribution of COVID-19 vaccines more equitable.

The PAHO Director also called for the expansion of production capacity in the region “to build a more sustainable and reliable supply of vaccines and medical technologies.” He highlighted the advances of a platform led by PAHO to accelerate the development and production of mRNA vaccines. Last week, the organization announced the selection of two centers in Argentina and Brazil to develop vaccines against COVID-19 using the same technology used by Pfizer and Moderna.

“This is a strategic initiative because mRNA technology can also be used to develop other vaccines against viruses for relevant public health problems in our Region such as Zika, dengue and others,” he said.

PAHO is also inviting public and private pharmaceutical producers who can develop and produce essential components for mRNA vaccines to become part of its regional platform, he added.

Etienne noted that more than 1 billion doses of the COVID-19 vaccine have been administered in the Americas since it became available, but only 35% of people in Latin America and the Caribbean have been fully vaccinated.

Although Canada, Chile, Uruguay and Puerto Rico have fully vaccinated more than 70% of their population, ten countries and territories in the region have not yet reached 20%. Among them are the Bahamas, Grenada, Guatemala, Honduras, Jamaica, Nicaragua, Saint Vincent and the Grenadines, Saint Lucia, and Venezuela. In Haiti, less than 1% of people have been protected so far.

The Director of PAHO pointed out that last week in the Americas there were almost 1.5 million new infections by COVID-19 and more than 26,000 deaths related to this disease, more than in any other region of the world. In North America, Canada is witnessing an increase in infections and deaths. In the United States, cases have decreased in the last week; however, deaths have increased. During the same period, Mexico has reported a decrease in transmission.

Most of the small islands in the Caribbean are experiencing an increase in cases, with hospitals in Saint Lucia reporting staff and oxygen shortages as hospitalizations continue to rise. In many countries and territories in the region, “the burnout of healthcare workers remains a concern as hospitals are overloaded with COVID-19 patients,” warned Dr. Etienne.

See also  Shows: Daniela Darcourt asks for help for her grandfather with COVID-19: “He needs c