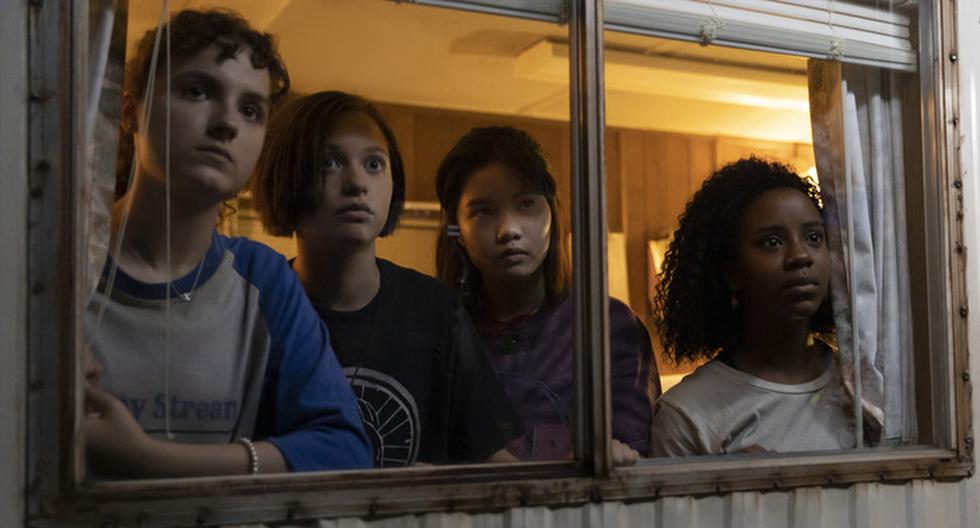 Yes ok “Paper Girls” has been continually compared to “Stranger Things” – a sin from which we too we consider ourselves guilty -, with three episodes seen from the new Prime Video series, it offers a lot to justify its existence and promises an adventure very different from that of the Hawkins boys.

There are reasons for the comparisons, starring four 12-year-old girls in a quiet suburb of the United States who find themselves involved in circumstances beyond their control and with elements of science fiction. Even the same protagonists submit to the same archetypes: the intelligent, the shy, the sensible and the sarcastic with a dirty vocabulary.

However, these similarities are only skin deep, and “Paper Girls” soon shows that beneath the surface there is not only a fun adventure through time and space – complete with several surprises – but also a fascinating analysis of their characters as they unfold. confront them with their future selves.

For those who haven’t seen the series yet, “Paper Girls” is set in the town of Stony Stream, a suburb of Cleveland, in the year 1988. One day after Halloween, a group of four female newspaper deliverers made up of Erin Tieng (Riley Lai Nelet), Mac Coyle (Sofia Rosinsky), Tiffany Quilkin (Camryn Jones) and Fina Strazza (KJ Brandman) are accidentally drawn into a conflict between two groups of time travelers: the Old Guard – a militant group that seeks to keep the timeline as it is – and the GTE Underland – a rebel group that seeks to change the timeline in order to direct the future of humanity.

Trapped in the ‘distant’ future of the year 2019, the quartet will try to find their way home only to find that the future is not what they expected. This is particularly relevant for Erin in the first episodes, who will meet her neurotic adult version, played in a remarkable way by actress Ali Wong who, despite being better known for comedy, manages to present one of the most emotional moments together. to his ‘mini-me’ Lai Nelet.

Overall, the casting of “Paper Girls” has been on point, with the four young actresses playing their roles convincingly, albeit with a script that has their characters frequently behaving in a much more mature manner than their age implies. . Adina Porter also shines as the Prioress, a ruthless member of the Old Guard who will use any resource to find the fugitive quartet.

Something that has been refreshing for me in the story is that it does not idealize the 80s like other productions -perhaps as a consequence of our nostalgic look at movies like “ET”, “Monster Squad” and “The Goonies-, but instead shows it in a more realistic as a difficult time worldwide, where racism and homophobia were still rampant and where all countries still lived under the specter of a possible nuclear war.

If there’s one thing I can complain about, it’s that the story seems to take a long time to unfold, with the first few chapters serving mainly to establish the relationship between its characters. It is obviously a decision of the producers themselves, and at the point where I have reached the series all this preparation is beginning to bear fruit, but I have no doubt that this initial slowness could serve to alienate the most impatient viewers for the action. .

For my part, with the appearance of SPOILERS and the possibility of a new SPOILERS, I am, unlike the four newspaper delivery girls, hopeful for the future of this series. Recommended for now, with the possibility of using a time machine to change my verdict after the season is over.

A few hours after Halloween night in 1988, four 12-year-old girls must face a mission. Caught up in a complicated conflict, they will travel back in time to try to save the world.