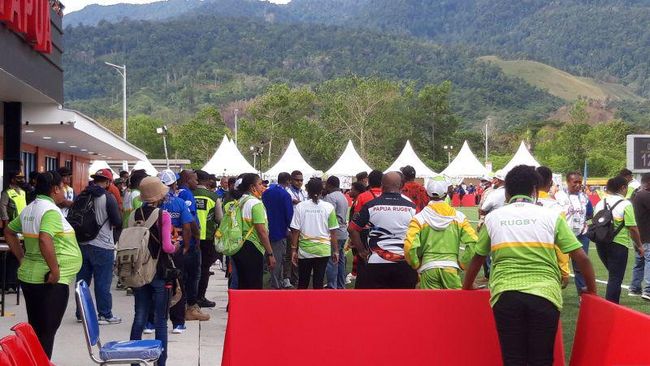 As reported by Antara, the riot occurred at the last minute of the second half of the match which was held at the Indonesian Air Force 7S Rugby Field.

The riot started when a home supporter broke into the field to chase the referee who was leading the match.

This supporter sneaked into the field after climbing the guardrail. He ran fast towards the referee who was in charge of this fight and tried to hit the referee.

The action of one of the supporters was followed by other spectators so that the security officers and the committee had to intervene to protect the referee who was then led to the players’ locker room.

This unsportsmanlike behavior has also spread to Papuan players. Some of the home players also chased and tried to beat the referee.

The players and spectators were allegedly disappointed with the leadership of the referee who led this match.

In the final match of the women’s 7S Rugby, DKI Jakarta outperformed Papua by a thin 12-10.

See also  Al-Ahly is studying the escalation against the referee, Mohamed Adel