Parallel universe. It is false that NASA has discovered one

Last Tuesday, May 19, a news story replicated by various media in the world began to circulate and went viral on social networks: NASA had discovered a universe parallel to ours, where in addition, time was running backwards. On Twitter, the words NASA and Parallel Universe became a trend and everyone spoke in amazement about it. However, it’s false.

We know that this is a great disappointment for science fiction lovers who finally saw reality beat cinema, however, it was all a “misinterpretation” of the British newspaper Daily star, who gave for certain one of the many causes possible outcomes from a study conducted in 2016, as reported by the website Colombiacheck, a portal dedicated to deny fake news.

That article quotes Peter Gorham, a scientist who does not work for NASA but at the University of Hawaii in the United States and who is in charge of the Antarctic Transitive Impulse Antenna (ANITA), which is a radio telescope that It detects neutrinos from ultra-high-energy cosmic rays from a scientific balloon flying over Antarctica and NASA’s first observatory of neutrinos of any kind, according to the university’s website. NASA simply funds the project.

With that telescope was carried out the investigation cited by the New Scientist in 2016, in which neutrinos (subatomic particles) were detected that caught the attention of scientists because they did not come from the sky, as expected, but from the ground.

Colombiacheck corroborated in an internet search including the month of May that this hypothesis was only mentioned in the New Scientis article and that it had as its sole basis the low probability that another event, which we will explain below, had occurred, based on the opinions of other scientists. 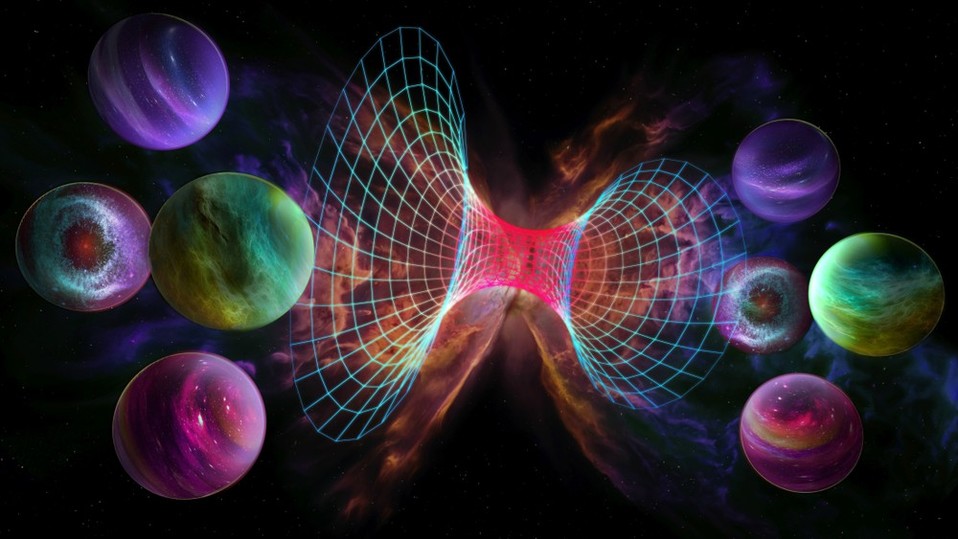 In an interview For his university, the study’s author explained that his team had most likely discovered a new type of particle, and therefore a new model of physics, yet never mentions anything about a parallel universe.

On the other hand, in other statements by the scientist that New Scientist later took up, it is possible that neutrinos detected from the ground have crossed the entire planet, from north to south passing through the center of the Earth, so ANITA could have detected it. emerging from the ground. However, neutrinos do not have the ability to traverse matter at high speeds, except for one type, called tau neutrino, which can transform into another particle that does have the capacity. In other words, there is a possibility that the tau neutrinos became tau leptons, thus crossing the Earth and then becoming neutrinos, although the probabilities are very low.

It is because of this lack of probability that New Scientist decided to explore the theory of a parallel universe, however this is not confirmed and not even considered by the researchers of the study or by NASA, nor on its official page, blog, or social networks. .

You can watch Prince and the Revolution live all weekend long

https://www.youtube.com/watch?v=KRa8ZH_iOXo (WJW) — Through Sunday, Prince is streaming live. Or, at least the 1985 version...
Read more

Resident gathered 113 kisses in “Before the World Ends”

A chain of kisses around the world. A manifestation of love in the middle...
Read more